The Love That Max disability year in review: viral posts, mortal sins and lots of wins 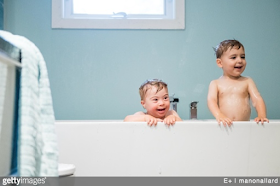 In January, I pondered what to say when a stranger blesses your child with disabilities,  outsourced parenting to Max and got seriously excited when Max opened a car door by himself for the first time. 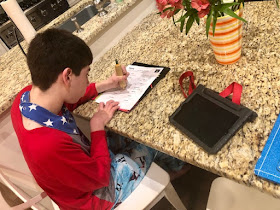 In February, I admired parents who were building a home for their adult children with disabilities (they broke ground on December 13!) and officers who calmed a man with autism at the hospital, listened up when Max told me it's "easy" to have cerebral palsy, ranted about a person with intellectual disability denied an organ transplant and felt grateful for technology that enables Max and others with disability. 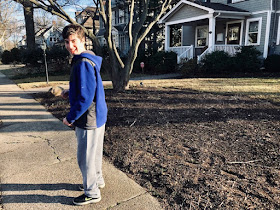 In March, a restaurant had this strong response to intolerance of people with disabilities, a trainer with autism opened a gym for people with autism and Dr. Phil caused a social media tsunami when he dismissed interabled couples on his show. I debated whether it's wrong to force a child to have fun and celebrated the texts Max started sending me and the time he took a walk around our neighborhood, alone, for the first time. 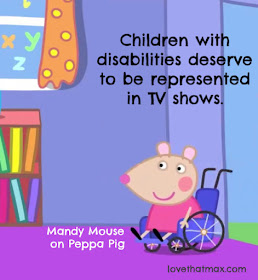 In April, I pondered whether kids who are nice to those with disabilities deserve to be called "superheroes" and celebrated the best words I ever heard at an IEP,  Also, Peppa Pig debuted a character in a wheelchair and pro wheelchair dancer Cheryl Anglelli killed it in this Dirty Dancing video. 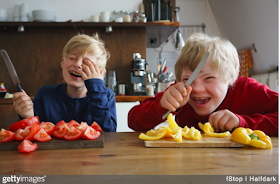 In May, the #inaccessibility hashtag went viral, the author of Hiya Moriah shared a post on how kids can talk to children with disabilities, a viral story showed that accessibility is not the same as acceptance, I shared 30 things special needs moms do (is this you?) and Getty Images released stock images of people with disabilities in association with the National Disability Leadership Alliance. 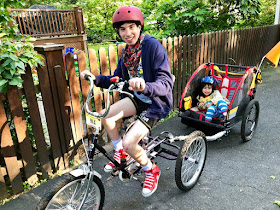 In June, Max drove his little bro around in a bike trailer and my heart still hasn't recovered, a staffer at Universal Orlando Florida lay down next to an autistic boy to calm him and the world cheered, Max was his own best date at prom and it was awesome, an off-duty police officer murdered a nonverbal man at Costco, tragic and so troubling, and a boy down the block shot hoops with Max and it was just the best. 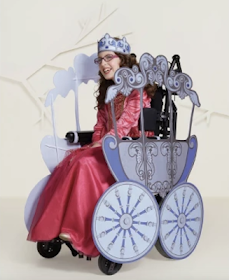 In July, Max brought steak sauce to camp, a Goodwill in Illinois tried to not pay a dozen workers with disabilities, Target announced costumes for kids in wheelchairs and a pizza place staffed by people with disabilities took off after dealing with hate. 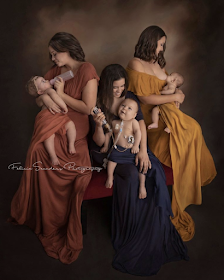 In August, this beautiful photo celebrated babies of all kinds, a school in Wisconsin got a facility dog to help students with disabilities and Max dealt with some regression. 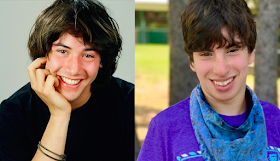 In September, we realized that Max looks like Keanu Reeves, an autistic man used his iPad to speak at the 9/11 memorial service and I pondered what I would have missed out on in life if I'd never had a child with disabilities.


During the last round of trollgate, people said that I should be banned from posting photos of myself because I’m too ugly. So I’d just like to commemorate the occasion with these 3 selfies... 📸😉👋🏻 pic.twitter.com/9ZuSYFOtwv
— Melissa Blake (@melissablake) September 7, 2019


In October, I urged parents to take a selfie of themselves helping their child with disabilities, a gym cancelled a birthday party for a child with disabilities and got sued, writer/disability advocate Melissa Blake's selfies showed everyone and my look back at Halloween through the years made me realize how far Max has come. 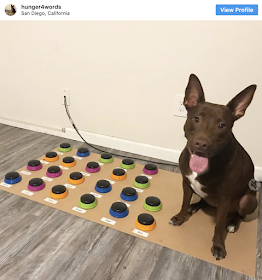 In November, the film Intelligent Lives aired and many of learned about a Circle of Support, Max pranked his speech therapist and it was awesome and a speech therapist teaching her dog to talk won the Internet. 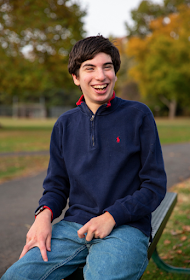 In December, a restaurant opened a sensory-friendly dining room, I ranted about people waiting for other people in handicap parking spots and debuted 'Twas The Night Before Christmas: Special Needs Edition and my big, handsome boy turned seventeen. SEVENTEEN!

Wishing you and your children a happy, healthy, progress-filled New Year.

Ellen
Ellen Seidman at 7:30 AM