In memory of Melissa Renee Vincent: Say her name 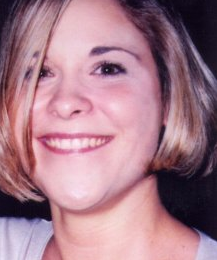 I did not know her. But I'd seen her face on "Missing" flyers everywhere around Hoboken, NJ, in the weeks following 9/11 where we both lived and it haunted me. She seemed like someone I could have been friends with. Back in 2013, I figured out who she was and vowed to always remember her.

Today marks twenty years since that terrible day and it is still hard to process the magnitude of what occurred: 2,997 lives taken, countless hearts forever hollowed. I did not personally know anyone who perished that day. So I do my part to keep her memory alive, this one beautiful person from the hometown of our twenties.

Melissa is not another tragic number. She was like you, she was like me. From the tributes that I've read and comments people have left here, I know that she grew up in a small town in Western New York and attended college at SUNY Oswego. She liked baseball games, movies, Broadway shows and singing. She was known for being kind and generous. She had a good job, good friends and a family who adored her. After I first wrote about Melissa, people mentioned they had seen her father on CNN pleading for leads about her whereabouts.

She would have turned 48 in October.

This year I've donated to the Community Foodbank of NJ, a nonprofit in the state we've both lived in, to honor her memory. This morning, I'm listening to the names being read at the remembrance ceremony,  the memories, the tributes, the love for 2,977 people with 2,977 stories.  I will be there for Melissa's name, toward the end.