Hey, babysitter, don't charge me more for my child with special needs 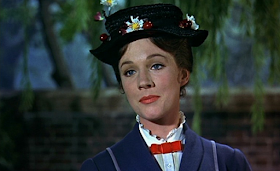 "I've babysat kids like him before," the woman said. She was seated on a couch in our living room as Dave and I spoke with her and the kids played games on their iPads and occasionally chimed in. I know she didn't mean anything negative, but it wasn't a good sign. Especially since she said it as if Max wasn't right there and capable of understanding her.

We're lucky enough to have had the same sitter since Max was a baby, but now that Ben's here, Dave and I decided it would be good to have someone in the wings for weekends or days when our sitter was off. This woman knew Sabrina and Max; she had babysat kids in our neighborhood. She asked Sabrina a bunch of questions (what grade was she in, was she enjoying her new baby brother); she asked Max only for a high five.

The woman knew Max had a cheerful disposition and that he's pretty easygoing. I spelled out what specific help he'd require: He needs food prepared for him, and he can't eat anything chunky or crunchy. He requires help showering and dressing. At night he needs his medication, a powder that comes in packets, sprinkled into a yogurt, pudding or applesauce. If he's doing a craft, he might need help setting it up or cutting stuff. She nodded agreeably as I spoke.

"Ire-ahn Ax!" added Max, reminding her that he needed to be addressed as Fireman Max.

Dave saw her out the door; they stood in our hallway and spoke for a bit.

"How much did she want per hour?" I asked after she'd gone.

"She said that when she'd babysat kids like Max [THAT phrase again] she got forty dollars an hour," Dave told me.

While the help and attention Max needs aren't typical for someone his age (nor does the average 13-year-old still have a babysitter), the tasks themselves aren't out of the ordinary for sitters. And sure, you have to really focus to understand what Max is saying or wait for him to type out words on his speech app. But isn't this what sitters do—look after kids in their charge and engage them? Max does not require a caregiver with special or medical training, the kind who typically command a higher rate of pay.

Dave said we couldn't do forty bucks an hour, and told her the rate we're accustomed to paying. She said she'd accept that. But we have yet to book a follow-up interview. It wasn't that I felt she was testing us to see how much money she could get, it was her mentality. I realize that when she said "I've babysat kids like him before" she was trying to make it clear she had relevant experience. But in my experience, her words belied a mindset that defines people like Max by their special needs instead of viewing them as people first.

I expect sitters to give Max the help he needs but not otherwise consider him so very different from other people. I expect sitters not to charge us double the usual rate of pay.

What has your experience been: Have you had sitters upcharge you for babysitting your child with special needs?