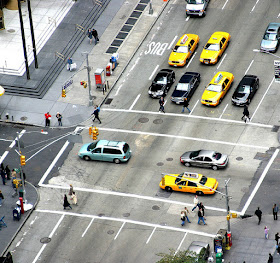 This weekend, we were driving home en route from dinner when a couple of unexpected things happened.

Dave and I were listening to the second Grateful Dead Fare Thee Well concert and the kids were actually letting us. Miracle no. 1. Dave's the deadhead of the two of us, but this was history and I wasn't missing out on it.

Wait, was I hearing right? Were they doing an instrumental rendition of When You Wish Upon A Star? Yes, they were. Max's face lit up; he loves that song. All of us listened, lulled by the beautiful melody as Walt Disney rolled over in his grave.

Then we got to the big intersection in our neighborhood. And something else very unusual happened.

Maybe not seemingly a big deal, but really, THIS WAS A BIG DEAL.

This is a kid who has always loved routine, who has liked nothing more than talking about the same things again and again, who used to dread change.

This past year, especially in recent months, his intellect, curiosity and sense of adventure are blooming. Max wants to make new selections from his bookshelf. All the books that have lay dormant for years, untouched, he's going through. He wants to try new restaurants and visit new places (for his next joy trip with Dave, he'd like to head to Montreal). He often asks "Why?" about stuff. Yesterday, for the first time, he asked me about where I work and if I could take photos of my office to show him.

He is interested, truly interested, in homework. This is partly thanks to IXL, a K-12 math and language arts practice site that rewards right answers with comments like "Awesome!" and "Fantastic!" and tracks progress. I mean, it makes Max downright gleeful about working on fractions. He's getting to be a faster reader. And he's got some fun new phrases in his word repertoire, including "There you go!" Recently, when we were driving around our neighborhood and kept getting rerouted by detours due to road work, I sighed a big sigh and Max said "OMG!"

Max's social skills are emerging, too. He's always been super-friendly but he's starting to truly get conversation, talking not just about his favorite things (although fire trucks and bowling are still a preferred topic) but asking what people's favorite movies and sports are. When kids from other schools visit his, he readily uses his Proloquo2Go app to chat with them.

Too bad the part of his brain that finds Disney Jr. appealing hasn't yet changed. It's not so much that I mind this for Max—what makes him happy makes him happy—it's that there's only so much Henry Hugglemonster and Handy Manny a parent can take. Not that Sabrina's fondness for Jessie is much
better.

I obviously have no idea what is going on in that head of his, but it's incredibly exciting. In general, it's fascinating to see your children's minds flourishing. When you're talking about a child with brain damage who has a history of doomsaying doctors, though, it's especially awesome.

With all due respect to Robert Frost:

Two roads diverged in suburbia and Max and I
Took the one less traveled by
And that has made all the difference.