Dear stores: Please educate your employees about people with disability 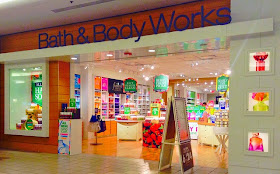 The news has been spreading: A Bath & Body Works store refused to allow in a group of students with special needs. It happened at the Chesterfield Mall in Missouri, reports the St. Louis Post-Dispatch. As troubling as this incident is, it points to a bigger problem.

What went down: Seventeen students from Fort Zumwalt North High School in O'Fallon took a trip to the mall last Thursday to practice life skills, and were divvied up in into small groups, accompanied by staff. As teacher Alice Maloney noted in her Facebook post on the incident, the students were supposed to find stores, locate a product and write down information on it.

When her group tried to walk into Bath & Body Works, a staffer stopped them and said they could not come in. Apparently, the employee thought the group wouldn't buy anything—and that by entering the store and passing by the sensor that tracks foot traffic, it might hurt their sales percentage.

Maloney explained to her students that they were not welcome, although they did not understand why. She noted that other groups from the school "were met with the same rudeness."

Her final words were particularly disheartening: "This field trip turned out to be more than a life skills and social skills lesson, they were exposed to discrimination!"

Bath & Body Works soon issued the requisite apology: "Providing our customers with the exceptional shopping experience is of utmost importance.... We very much regret this misunderstanding and have personally spoken with the teacher to offer our most sincere apology and welcome her and her students in our stores at any time."

This incident resulted from one staffer's bad attitude. But there's a good chance the Bath & Body Works powers-that-be haven't made it clear to employees that customers with special needs are to be treated like any customers. Would a Bath & Body Works store deny a group of so-called typical teens entry because they looked as if they'd just sniff away and not shop? I doubt it.

While Bath & Body Works is getting the bad press for this, I'd venture to guess that the majority of stores don't give employees training about differently-abled individuals. (And if you have insight into this topic, by all means prove me wrong.) It wouldn't take much, and it might just head off a public-relations nightmare. True, training can't resolve employee ignorance or prejudice toward people with disabilities, but companies can make it very clear that intolerance is unacceptable, and equal access is mandated by law.

"Training" employees about people with disability sounds more major than it is. Really, it's common sense. If parents like me were to talk with a gathering of Bath and Body Works employees (how cool would that be?), we'd tell them that young people with disabilities would like to be treated with the same respect and congeniality as other customers. Keep it real–speak to them in a normal voice. Realize that yes, they can make purchases, even if they may not communicate or act like other people do. (And even if they need help buying stuff, they can still have totally normal materialistic urges. Exhibit A, located in our home: A bazillion pieces of Lightning McQueen merchandise.) If someone with special needs is flailing his arms or making noises, that is his way of expressing himself—he is not being purposefully disruptive. Know that some kids use their strollers as wheelchairs and so even if strollers aren't allowed in a store, if a parent says it's because a child is disabled, then that stroller should be allowed in the store. All this goes for restaurants, too.

Stories like this are unnerving. I felt awful for those students. That's the thing about social media: Hearing about these incidents makes you acutely aware of yet more permutations of discrimination. They make you fear for your own child's future. And yet, you hope that good will emerge because people are making it clear that treating people with disability like second-class citizens won't be tolerated. Stores, take note.