Do they fight? Of course—they're human

"Max! You smell DIS-GUSTING!" Sabrina shouts. That's how I woke up the other day.

I rolled out of bed.

"Sometimes people don't have great-smelling breath in the morning, and Max's medication can effect it," I said.

But there's no reasoning with a 9-year-old hell bent on bugging her brother.

Max wasn't fazed but, for good measure, he gave her a little push. More of a nudge, really. 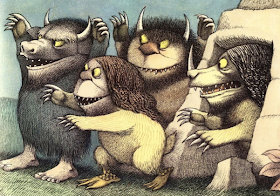 Just another round of fighting at our house.

One of the most common questions I get about the kids is: Do they fight? And my answer always is, "Sure they fight! They're siblings."

They fight over toys. They fight over who gets to take a bath first. They fight over which TV shows to watch. Sometimes, Max tries to bamboozle Sabrina into getting things for him and then she'll tell him off because she knows he can do it (which makes me want to cheer). Sometimes, Sabrina likes to tease him, "Maaaa-aaaax, you're not having a birthday party!" and he gets royally ticked although I'm pretty sure this behavior lies in her genetic makeup because that's how I used to tease my sister. Sometimes, I'm driving along and suddenly they're both screeching in the back seat over who knows what and I wonder why cars aren't equipped with devices that drown out the distracting sounds of fighting kids.

I'm sure people ask whether Max fights with Sabrina because kids with special needs can seem so different than other kids. But like any children, they can be territorial, moody, pesky and have a burning desire to piss off their siblings. Like any children, their siblings may find them annoying; they're not cutting them any breaks because they're disabled. Perhaps Sabrina, like other siblings of kids with special needs, has some pent-up resentment because Max does get a fair amount of attention, as much as Dave and I try to balance it out.

When my sister and I were little, we fought a lot. I can still remember the pained look on my mom's face as she implored us, "Girls, stop fighting." It hurt her to see us going at it. I don't have that reaction with my kids. I mean, it's not like I enjoy it when they do battle. But I like that Max is learning to defend himself. I like that Sabrina treats him like any kid. And, hey, there's nothing wrong with being typical.