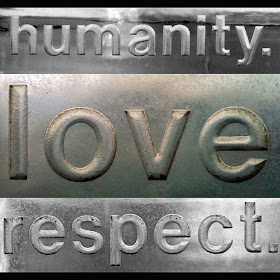 After I write this, I will head over to the YouTube video I posted in 2012, Would You Call My Child A Retard?, to delete comments like "He's a retard, no matter what you call him." I do this several times a week.

For anyone who doubts how loaded the word "retard" is, just keep an eye on those comments. The haters make it very clear that the word is a cruel take-down. Even when people use it jokingly ("I'm such a retard, I left my phone at the restaurant!") it's demeaning, because it perpetuates negative perceptions about people with intellectual disability.

Last week, the U.S. Supreme Court ruled that Florida's approach for relying on IQ scores to determine whether prisoners with intellectual disability should be executed constituted "cruel and unusual punishment," a violation of the Eighth Amendment. As Justice Anthony Kennedy said, "Intellectual disability is a condition, not a number." As part of that that decision, Justice Kennedy also clarified the terminology: "Previous opinions of this court have employed the term 'mental retardation.' This opinion uses the term 'intellectual disability' to describe the identical phenomenon."

The paragraph goes on to mention Rosa's Law, the 2010 legislation named after Rosa Marcellinos, a girl in Maryland with Down syndrome whose parents were tired of hearing the word "retard." That law abolished the use of "mental retardation" and "mentally retarded" in federal health, education and labor policies. The Social Security administration quit using the terms in March 2013. Meanwhile, the Special Olympics' "Spread the Word to End the Word" campaign has been ongoing since 2008.

When you speak out about this, as I and many other parents have, some people note that medical professionals and even school districts still use the term "mental retardation." I see it occasionally on forms I fill out at medical centers. They're all behind the times.

Other things I keep hearing:

"You parents are too sensitive."
Reality check: This is my kid, and I will do anything I can to help make society more open-minded toward him. An ask like this doesn't seem like such a big deal. I'm not hoping people will contribute money or time, just consideration—and a more accepting attitude toward people with ID.

"Words only have the power you instill in them."
Reality check: A word that equates people with ID with being stupid or loser-ish is a pretty potent—and nasty—word.

"People have freedom of speech."
Reality check: Since when is it OK to use slurs?

"Asking people to change the words they use isn't going to help your kid; you should focus your energies on other efforts."
Reality check: Using more neutral terminology to describe a person with ID, when they need to be described at all, is just one more way to respect them. Not the only way, of course, just one. An easy one.

But don't just take it from me or other parents or, heck, the Special Olympics. Now, the Supreme Court is on our side.

Quiz: Do you get why this word hurts so much?
20 reasons to respect my child with special needs
If you ask people not to use the word "retard"