Parenting kids with special needs: Supermodel Max (and other games I play) 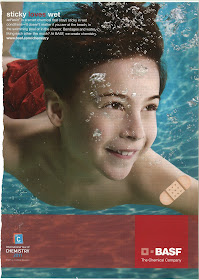 There's a little game I sometimes play in my head—let's call it "What will he be?" It's about what Max might grow up to do. Take the other morning. As I was rushing around getting ready for work, Max and Dave were playing baseball in our kitchen. Dave would pretend to throw a pitch. If it seemed off, Max would shake his head and Dave would cry "Foul!" and then do it again. If the pitch was good, Max would hit the ball with his pretend bat then zoom around our first floor, sweeping the pretend plates.

"Could he be a pro baseball player?" I wondered as I put on my makeup. On the plus side, Max can run pretty fast, especially when he's outside and it's time for him to come in; he loves to shoot off down our block and make me chase him. On the challenging side, I'm not sure his arms would be up to the task. Fine, he'll just play for fun, I decided. Who needs the multi-million-dollar pro contract.

And so the game goes goes. Could Max someday be a restaurant owner? A chef? An accountant, like my dad was and my sister is? A doctor? A detective? A pasta maker? A blogger? I've pondered them all.


There was another game I used to play when Max was a baby, What If. It basically went, what if Max had never had the stroke—would he be crawling now, like that baby? Or babbling like that one? Or playing with a toy like that one? Would he look different? What would he sound like? It was a totally depressing game. I grew out of it.

That same morning I played "Could he be a pro baseball player?" I found the above ad in a magazine during my commute to work. The kid totally looks like Max—the dark, extended eyebrows, the lush lashes, the big brown eyes, the smile, the teeth.

"Could Max be a model?" I wondered. OK, he's handsome (and I say that totally objectively, of course). He's not great with posing on request, but in a quiet setting with just a photographer around, it could happen. His speech issues won't be a problem, given that models don't have to say much on the job (for print ads, anyway). Could he do a catwalk? Hell, yeah. "And now, here's Max, modeling the last in purple!"

So I've decided Max has potential to be a supermodel.

The "What will he be?" game never leaves me bummed out. It's cathartic to sort through possibilities, celebrate Max's skills and accept the ones he's still working on. And it's fun. I once giggled out loud in the middle of a work seminar at the thought of Max as a bull fighter (don't ask) and had to start coughing to cover it up.

Have you played this mind game..or any other kind? 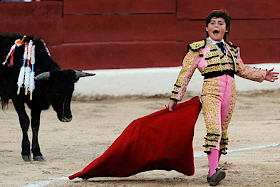