A disability rights film gets big buzz at Sundance 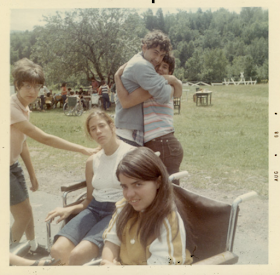 Held every winter in Park City, Utah, Sundance is the largest indie film festival in the United States. This year, Taylor Swift's Americana got big buzz. But so did another movie that debuted that same night: Crip Camp, reports the AP News. It won the Audience Award.

The documentary takes a look at Camp Jened, a camp for teens with disabilities in upstate New York run by hippies during the sixties. A number of campers went on to play prominent roles in the disability-rights movement, including Judith Heumann, who sued to become the first wheelchair-using teacher in New York in the late '70s.

Told from the POV of former camper Jim LeBrecht, the movie tracks the longtime fight for civil rights from summers at the camp to today. It's the second film produced by Michelle and Barack Obama's production company, Higher Ground. Said one reviewer, "You can't come away from this film without feeling awed, moved and not a little bit of ashamed of just how these activists have been forced to fight to be seen and treated as human beings."

Crip Camp will be up on Netflix in March, and I can't wait to watch it with the family. I'd like us all to understand just how far we've come with disability rights, and for Max to see the power of advocacy in action.
Ellen Seidman at 1:15 PM