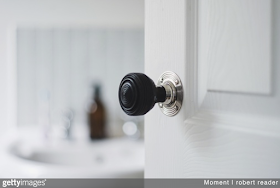 One of the biggest concerns I have about Max's future is how independent he will be. When your child with special needs is little, your worries are all about what your child will be able to do. Now that Max is a teen and I have a better handle on that, I just want to know how he'll function when I'm not around. I don't just mean when I'm gone from this earth (although that thought is always lurking in the back of my mind), I mean in situations like work or a hangout at the mall with friends. We've recently hit another milestone but still, I just don't know.

Max has been toilet trained for a good seven years now (here's the backstory on that). Pulling up his pants has remained a challenge. The OT who's come to our home for a few years and who recently moved away (ugh/crap/damn/on the hunt for a new one) had been working on it. Grasping an elastic waistband—the only kind that work for Max—is tricky for him, ditto for the motion of drawing pants up. He's had some success but he sometimes just gives up and begs us to do it, or he forgets to pull up the back and walks around the house with his butt hanging out, which gives Ben a good laugh but sure isn't doing Max any favors.

Max's school OT recently emailed me to ask if I'd heard that he had pulled up his pants on his own. He has to go to the nurse's office for assistance with toileting—because of the pants prob, his ability to clutch t.p. is challenged, and his arm movements do not include the ability to reach behind.

I actually hadn't heard about Max pulling up his pants at school. So when I stopped by there this week, I asked one of the nurses what was up. She proceeded to tell me that one day, Max had been taking a longer than usual time in the bathroom—he typically called her in when it was time to pull his pants up. And then, he opened the door and walked out, his pants all pulled up. And that had consistently been happening at school for the last couple of weeks.

As is often the case, Max can be way more independent at school than he is at home, where he knows Dave and I will do things for him. My classic example of this is from years ago, when I showed up at his school for a conference, peeked into his classroom and was astounded to see him seated at a table with a bowl shoveling his lunch into his mouth. I walked in to say hi. Max shook his head "no"—he didn't want me to see him feeding himself. Because that little smarty pants was only spoon fed at home, even though it turned out he'd been eating lunch on his own since the start of school.

Now that I am onto Max (BUSTED!), we will be doing our best not to lend him a hand with his pants. The other challenge is something I have yet to find an answer for. I've asked adults with CP, and some have suggested various t.p. toilet aids but so far I haven't found anything that Max could manipulate. His OT at school did, however, recently sent a link to a new clip-on bidet called, um, Tushy. No electricity is required, though if you want the "spa" version that releases warm water, your toilet has to be next to a sink. It sounds promising. And yeah, maybe Max should move to Europe instead of L.A., because bidets are more common there. Then I started fantasizing about public toilets having a gadget like this, a true special needs mom fantasy. But who knows, maybe someone will invent an electronic wiper that Max and other people with cerebral palsy could use.

As always, I have fears about the future—but hope, too.
Ellen Seidman at 10:24 AM