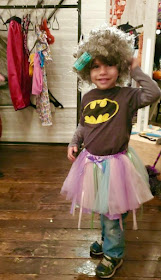 Four is loving trucks and tutus and Hot Wheels and blocks and Barbies and Batman.

Four is announcing "I have a meeting today!" when you go to school. 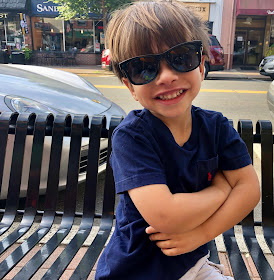 Four is being cool. 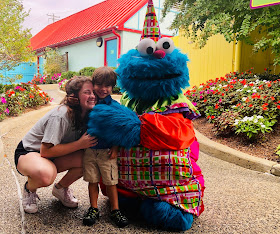 Four is being a tattletale about everything: "Daddy got crumbs on the floor!"/"Max left pee on the seat!"/"Sabrina said a bad word!"

Four is saying, triumphantly, "I'm right and you're WRONG!"

Four is articulating your emotions—in particular: "I am sad!" / "I am mad!" 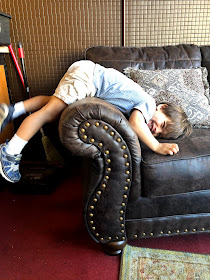 Four is using furniture for gymnastics. 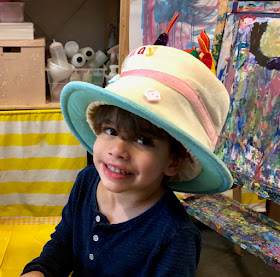 Four is your pouty kissy lips even poutier and kissier.

Four is having a different favorite color every single day.

Four is rushing upstairs to brush your teeth if your stomach hurts because you believe you are brushing the germs away.


Four is figuring out the world in a way that makes sense to you: green nail polish is made out of green apples, marshmallows are made from yogurt, the sun is made of lemons.
Four is misusing pronouns and saying "I am playing with he!" and "I don't want she to leave!" and making up words, like when you were out with Daddy and he got a flat tire and you came home and announced, "Daddy's car bursted!" 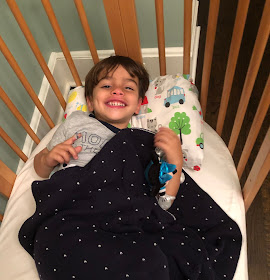 Four is still being a good sport when I tuck you in...then climbing into our bed every night around 2 a.m. every night. 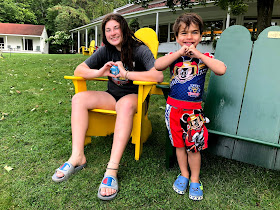 Four is adoring your big sister. 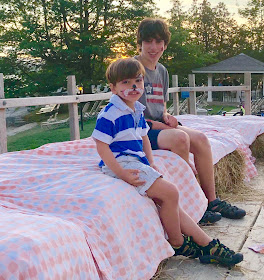 Four is adoring your big brother, too.

Four is having just a few bits of toddler mispronunciations left, and the day you stop saying "lello" for "yellow" and "lesterday" for "yesterday" will be a very sad day for me.

Four is the giant grin on your face whenever you get a lollipop, a fruit roll-up or anything sugary.
Four is saying "I don't bite anymore!" because you're proud of yourself for growing up. But not being beyond giving your brother the occasional pinch.

Four is liking tennis and soccer but being afraid of swimming because you don't like that your feet can't touch the bottom of the pool.


Four is picking up phrases from your teen sister.

Four is shouting "POOP!" just because.

Four is reimagined reality, like when you recently announced: "When Max was a baby, I used to hold him when he cried!" 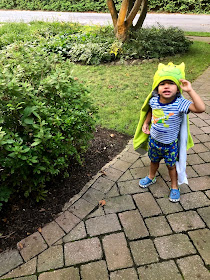 Four is being into capes and towels with hoods. 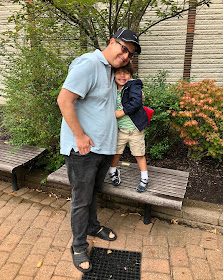 Four is having a great time hanging with Daddy.

We love you so much, Benny.

Mommy
Ellen Seidman at 9:26 AM