Melissa Blake is showing everyone how to be their best selfie 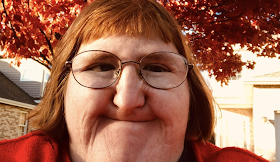 Like many people, Melissa Blake, a freelance writer, blogger, disability advocate, has never been shy about posting selfies in social media. "I've always felt it's a great way to capture a moment in a genuine way..no camera tricks or filters, just you being you," she says. But after a recent incident, she is even more into them—why she started the Twitter campaign #MyBestSelfie.

You may have read what recently happened. After Melissa wrote an op-ed for CNN, a conservative YouTuber mentioned her in a video and a troll left a nasty comment, as is the way of trolls: "Melissa Blake should be banned from posting pictures of herself." Melissa had an excellent response. Actually, three of them.

During the last round of trollgate, people said that I should be banned from posting photos of myself because I’m too ugly. So I’d just like to commemorate the occasion with these 3 selfies... 📸😉👋🏻 pic.twitter.com/9ZuSYFOtwv
— Melissa Blake (@melissablake) September 7, 2019

Melissa was born with Freeman-Sheldon Syndrome, a genetic bone and muscular disorder. She's always loved to write. "Growing up," she notes on her site, "writing was always a way for me to express myself and explore my world beyond the confines of my disability." She's enjoyed great success and yet, she told me in a recent email exchange, "I learned early on that being a woman writer, especially one with a disability, was going to open me up to trolls on the Internet. People respectfully critiquing my work has never bothered me. Instead, what's bothered me the most is people going right for attacking my appearance. No mention of what I wrote...just making fun of how I look. Those are the sorts of bullying that I've received over the years and while it still stings, I try my best to let it roll off my back."

"Do I think those trolls will ever see my tweet? Probably not," she continues. "But maybe that's not really the point. Maybe the point was to do it for me and for other people who experience any kind of bullying, whether online or IRL. And WOW, people sure have responded to my tweet. I've heard from people all over the world—in Brazil, England, the Netherlands, Australia—and they all told me how much they relate to my tweet and how much they appreciated it. I'm so glad that my tweet sparked a conversation and helped make people feel less alone."

Melissa's message of celebrating who you are was instilled in her during childhood. "I credit my parents for encouraging me to believe in myself and be as independent as possible despite my disabilities," she says. "They always told me to never let my disability stop me from doing what I wanted in life. They taught me how important it is to not let others' cruel words impact how you see yourself."

I asked her what advice she'd give parents to encourage their children to love themselves as they are. Her response: "It's so important for parents to model that sort of behavior for their children. Kids see everything, so if they see their parents being hard on themselves or being overly self-critical, they're going to pick up on that and internalize it. "

I also asked what advice she'd offer parents for teaching their children to accept others as they are. "Parents should always reinforce that disabilities are nothing to be afraid of—that people with disabilities are people who maybe use a wheelchair to get around or use a walker to go shopping," she says. "I've never been insulted when kids ask about my disability in public. I'd rather them ask than just point and stare." 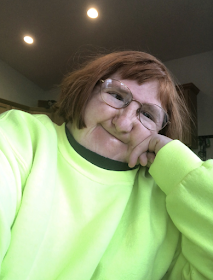