A child with disabilities kicked out of a restaurant 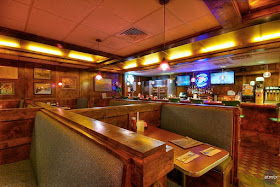 You've heard this story before, because it keeps happening. On a recent weekend, two parents and a child visited an Outback restaurant in Maryland. Their four-year-old, as mom Amanda Jean Braun shared on Facebook, has a neurological disorder called apraxia. "This disorder affects Killian in many ways especially communication and behavioral. He is a very energetic with much to say, however when he speaks his words are unclear."

My Max has apraxia. I know what he's saying but sometimes, others don't. This can rub people the wrong way, especially when he's talking in a louder voice. Amanda's son rubbed someone the wrong way that day. The manager showed up at their table shortly after their food was brought out, noted that he'd received a noise complaint about Killian, and said that unfortunately they needed to finish their meals and leave. He gave them a $20 credit as a consolation prize.

Corporate later apologized in a statement, reports The Washington Post: "We strive to make sure all guests feel comfortable and welcomed in our restaurants and we fell short. We're learning from what happened and training our team so we can better serve our guests and population."

I'm thinking back to a story from several years ago, in which a restaurant patron asked to be moved away from a family that had a child with Down syndrome. After the complainer commented "Special needs children need to be special somewhere else," the waiter flat out refused to serve him and the restaurant stood behind him.

Now, I'm not saying that restaurants should allow every child with special needs to stay put—if they are having a tantrum or screaming or running around, it's acceptable to ask a parent to step outside with that child, same as with any child. But that didn't seem to be the case this time around.

Intolerance of children with disabilities who have speech challenges can really flair up at restaurants. I can recall another story from years ago in which a mother told a waiter that their meal was OK "Except for the retard in the next booth ruining things by making noise, everything is fine." She was referring to a child with autism nearby who was squealing and repeatedly saying he was hungry. Yes, someone said that.

More restaurants need to offer training for employees about handling situations like this and accommodating children with disabilities. As these incidents make the social media rounds, hopefully they will force restaurants to pay attention. As for people who can't accept the wide variety of behavior that is humanity, well, they may not be able to digest awareness and acceptance, but the rest of us can keep right on serving it to them.

Flickr image of a restaurant/atmtx
Ellen Seidman at 9:37 AM