Busting the myth that autistic people lack empathy: the community speaks out 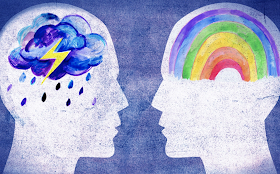 For decades, the prevailing stereotype was that autism spectrum disorders manifested as a lack or deficit of empathy. More recently, however, research suggests it’s precisely the opposite, that we may in fact experience higher levels of empathy. This updated understanding of autism was emerging before I met my wife, Raychel, but it took her becoming the most important person in my life for me to really understand it. I almost literally can’t stand to see her in distress or discomfort; even when it’s a problem that has nothing to do with me or is out of my control, I feel it so deeply that I’m driven to distraction trying to solve her problem.

Yesterday, I read those words in a USA Today Opinion column by journalist Zack Budryk about how being on the spectrum has made him a better spouse. The myth that people with autism lack empathy is a deep-rooted one in our culture. When I asked parents and autistic adults about it on social media, I got an outpouring of responses. I'm sharing a bunch of them here, in the hopes of busting a longtime myth during Autism Acceptance Month.

"I can tell my 10-year-old son has empathy because I constantly wear my feelings on my face and he's usually trying to look at me and figure out what's wrong and asking me if I'm OK."—Kristy

"Adi is literally the most empathetic person I know. When we were on the way to the hospital because we had just been told that he had leukemia, he kept asking me why I was sad. He and my mom were both in treatment at the same time. Even now, he regularly tells her 'Nice hair' with a meaningful glance. He can tell immediately when I'm sad or angry. Always. Well before my husband, who is theoretically NT."—Abbi

"When my son hears or sees someone in distress he is very concerned about what is going on. I usually try to summarize what he sees, and reassure him it will be okay. I think when he was younger, he felt the same, but his reaction was different. He was fearful of how, why, and is it going to happen to him. He may have even bolted to an area he considered safe, fight or flight triggered. Now we stay put if it's not too distressing, and he remains concerned until the person is no longer in sight."—Elsa

"I would actually say as a I kid was overwhelmed by empathy. I collected pen caps because I was afraid they'd be unappreciated and lonely without their pens. I walked three flights down with each individual ant that made it into our apartment because I didn't want its best friend to lose it.... I cried real, heart-wrenching tears for the great great grandmother who had moved her family in an act of desperation to Canada, only to have 90 percent o her children die in the 1890s.... I think that because the objects of empathy—the outlets—can be different (and to some, seemingly random or disconnected) for autistic kids, just as the sensory experience of joy can be different, the emotion and capacity that is empathy gets invalidated. Folks presume that because we don't have the 'right' focus in our empathy that we must not 'get' it. But we do. We just might not express it visibly in real time, because so much of our experiencing the world is fragmented and fractious and reassembled later on own time when no one is looking, and the feeling of being watched/'seen'/vulnerable is so heightened and intense."—Kelcey

"My son knew I was sad when my mom passed. He hugged and kissed me on my eyes. He saw me crying. He was so sweet."—Nona

"Both of my sons show empathy. In fact, they can almost feel my emotions more than I do, so when I'm upset, they may cry with me, or lay their heads on my shoulders. My seventh grader will give me a little forehead rub because he knows I'm stressed out. They don't lack empathy. If anything, in our versions of autism they feel others' feelings so much and are unsure about how to proceed because they feel the discomfort or the extreme excitement, which is then difficult for them to regulate."—Lisa

"Lack of empathy may be the biggest falsehood/generalization there is about people with autism. My son is the most empathetic person I have ever known. He truly feels for others, especially those he cares about. If his neurotypical brother is hurt or upset, he's the one who cries or reacts."—Cassandra

"We had to leave the other day, and I just couldn't get my kiddo out the door. Overwhelmed—I hadn't eaten and it's a super stressful time of year—I began to cry, which I rarely do in front of anyone. He instantly perked up and started putting his things in his bag. We were out the door in two minutes. I also have a good friend who is an adult on the spectrum. He is one of my go-to people that I message when my anxiety is getting the better of me, because he gets it, and shows the most empathy with my feelings of all my friends."—Anna Mary

"I'm autistic. My sons are autistic. We have all been clinically diagnosed as such. You can ask anyone who knows us whether or not we are empathetic people. I have a feeling they will say yes. My older son not only advocates for himself in school, he advocates for his classmates as well. His teacher tells me he is always making sure they get help when they need it.... My younger son volunteers to teach 3-to-5-year-olds karate, getting up at 8:00 every single Saturday to do it. He is genuinely kind to them and the little kids love him. I volunteer for many community action and disability groups. Even if I do it awkwardly, I try to comfort people who are in pain because I know what pain feels like and I don't want to see people suffer. Are we in our own heads a lot? Yes. Are we sometimes oblivious to social cues? Yes. Are we empathetic? Yes. It just looks different sometimes."—Nadine

"My kiddo is super empathetic. He really gets upset if someone he cares about is sad or hurt. He is always checking in to see how I am feeling and offering hugs or snuggles. He cries at sad animal movies and loves animals and can read them really well. He is definitely not the movie version of an unfeeling 'autism robot!'"—Tia

"Both of my sons are very empathetic, but don't always show it as expected and can't express it as well as they'd like to, and yet are also incredibly self-aware that this is the case. My 16-year-old actually sent me a text not too long ago that said, 'Mom, I've been reading about cognitive vs. affective empathy*, because I'm experiencing the latter a lot, and the more I read about it, the more I wish I could be better at the former and worse with the latter.' He included citations in case I wasn't clear as to the differences!"—Amanda
* Cognitive empathy is the conscious drive to recognize and understand someone else's emotions; affective empathy is the kind that happens instinctively.

"About a month ago, I wasn't feeling well. In fact, it was the worst illness I have had in a long time. Husband and neurotypical daughter left the house early and didn't know I was sick. My little guy, age 11, noticed right away and brought me a blanket and a glass of water. He rubbed my shoulders and offered to make me breakfast. After he made me peanut-butter toast, he sat with me holding my hand. Then he asked what movie I wanted to watch, from a kid who fights tooth and nail for his own choice most of the time. Phillip is very affectionate and shows his love freely."—Beth

"I've always felt that my son feels things more strongly than most people, but lacks the tools to express it. He's incredibly tuned in to other people's emotions and moods. And gets very anxious if anyone is upset."—Tara

"I'm on the high-functioning end of the spectrum and I have empathy. When i see people hurt/sad, it makes me feel hurt/sad. Each person with autism is different."—Tyler

"I have two boys on the spectrum, ages 10 and 11. They have more empathy than many adults I know. My 10-year-old will cry at movies and books he reads. He goes out of his way to befriend the kids who aren't included because he knows how it feels. My 11-year-old will take the brunt of a situation to prevent his brother from being hurt. He will be the first to tell me when a child is sad because he can see it on their face. Even their therapists have said that they have such a huge empathy piece."—Tracy

"My oldest is on the spectrum and he is very empathetic. He is so tender hearted and he absolutely gets it from both his dad and  from me. While he struggles socially, empathy for others has never been a problem. It's others having it for him that's more of an issue."—Andrea

And so, as is inevitably true, stereotypes are just that—an oversimplification. A generalization. A gross misunderstanding of an entire population.

Enough with the stereotypes. Here's to the glorious spectrum of people with autism.
Ellen Seidman at 9:55 AM