When your child isn't glad to see you, and it's awesome 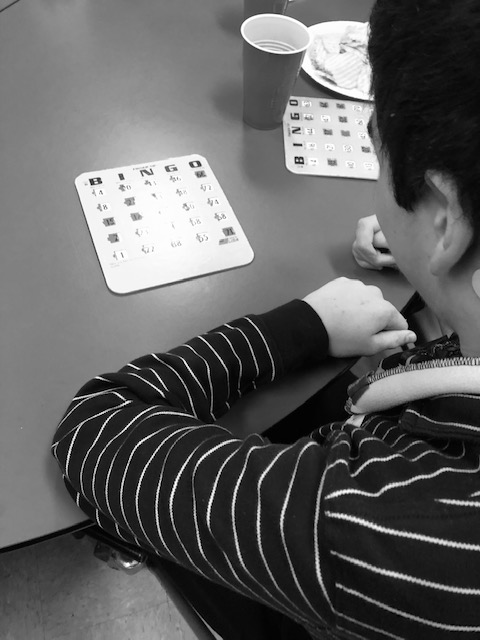 The other night, I showed up at Max's school to drive him home. One evening a week, a group of high school students come over to do activities. Everyone was in the cafeteria playing bingo. I spotted Max and walked over to his table, where he was seated with friends.


He glanced up from his bingo card, looked at me, shook his head, then returned to playing the game. All I could think was, "Typical!" Max would rather not have his mom hanging around. I can appreciate that. I take solace in the fact that, unlike some teens I know, I do not embarrass him with things I do like laugh or wear leggings or exist.

I am thrilled about the continued emotional development, even as Max clings to more juvenile habits. When we'd walked in that night, he'd asked me to write "Fireman" on his name tag and I was about to until a teacher raised an eyebrow and had a talk with him. (I am of two minds about this because I think it's NBD but at the same time, maybe Max does need encouragement to seem more mature.)

Max actually relishes distancing himself from me. When we went to see a high-school production of Annie the other weekend, they ran out of seats. A family scooted over so one was available at the end of a row for Max. I was going to hover in the back until Max pointed at me and said, "Go!" An elderly woman nearby seemed a bit startled, but I knew Max would be fine and I left the auditorium, hung outside on a bench and read a book.

En route home from school, Max and I had a good chat. He didn't think that teacher was very nice for not letting him write his name, he said. He pointed out that it was going to be very cold the next day. He said something to me that I couldn't understand, until I figured out he was saying "cold water." Then I spent another few minutes trying to understand that he was telling me our babysitter is funny. And finally, I realized what he was saying: When our sitter had given him a shower, she'd told him he could take one in cold water and pretend he was in California (his fantasy place to move to).

I love our conversations. As with many teens, they're often game to have conversation in the car. I mean, the fact that I have reached a point where Max and I can talk continuously for a good 20 minutes is not something I take for granted. His communication skills

I told Max we were headed home. He disagreed because, wait for it, California is his new home. "It's disgusting here!" he noted, several times. (For the record, we have a perfectly nice home in a perfectly good state, but whatever. Just when we got close, he asked to make a quick detour. And so we cruised by our local fire station, just me and my evolving teen. Aren't they all?
Ellen Seidman at 6:43 AM