The amazing photos that celebrate babies with special needs 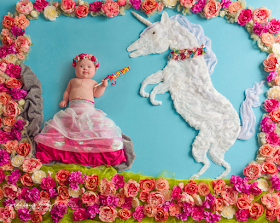 When Max was a tot, one of my favorite activities was propping him up on pillows on our bed and doing photo shoots. Babies sit independently when they're around 5 to 7 months old, but Max was on his own timeline. He was finally able to do it at around a year old, if he tilted forward. His thunder thighs served as excellent anchors.

I remember the joy those photos brought me. I was struggling with the realities of Max's delays, but the photos were pure proof that Max wasn't the least bit cuteness challenged. That is the same sort of bliss Fort Wayne, Indiana photographer Angela Forker is bringing to parents of little ones with special needs through her Precious Baby Project.

Forker had gained attention for her Baby ImaginArt series, photos that featured babies as beautiful works of art or doing fantastical things—a baby on a green leaf nestles into a cresting wave on the ocean, twin babies chill at the end of a rainbow, a baby dressed up as an elf trails a reindeer flying through the sky. She created the lavish setups with lots of fabric and a ton of imagination.

In 2017, a family in her church had a baby with holoprosencephaly, a disorder in which an embryo's brain fails to separate into two hemispheres. The couple had known their baby would die or be stillborn, but they had decided to let her live for as long as she could. "While she may have looked different than other people's baby's, it didn't even phase her parents," Angela recalls on her website. "All they saw was Madalyn's unique, captivating beauty." In memory of Madalyn, who died at 15 days old, Angela launched her project to show that every life is beautiful, and every child deserves to be loved.

Angela photographs babies with medical conditions who are unable to sit on their own, working their conditions and medical paraphernalia into the photo shoot, done at her home studio. She does these shoots free of charge at the rate of one or two to month, and has captured some two dozen babies to date. A baby with a trach tube who wears a helmet becomes a flying astronaut with an oxygen line. A baby girl with spina bifida, which makes her body bend into a "V," flies up into the air off a see-saw. A baby with a genetic disorder rides Noah's Ark. A baby about to have open-heart surgery takes off in a heart air balloon, complete with a teddy bear sewing it up. A little girl with Down syndrome competes in a race, complete with the symbolic numbers 321 (people with DS have three copies of the 21st chromosome) and yellow and blue, the colors of Down syndrome awareness. 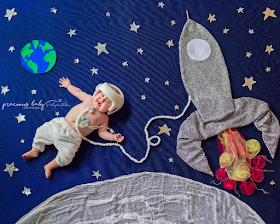 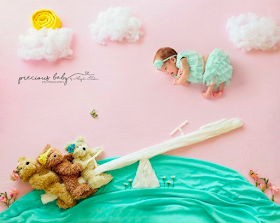 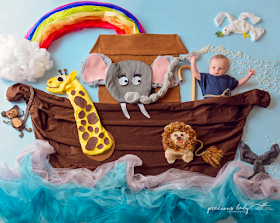 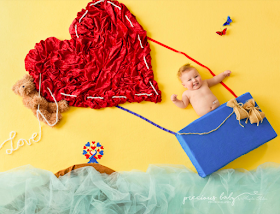 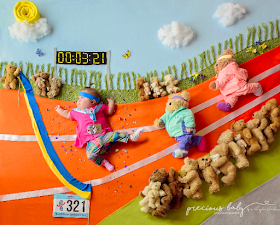 I asked Angela what she's learned about tots with special needs in the course of doing her photo shoots. This is what she had to say: 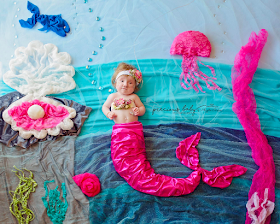 "I always knew some children with special needs are fragile, but I didn’t realize that their will is unbreakable." 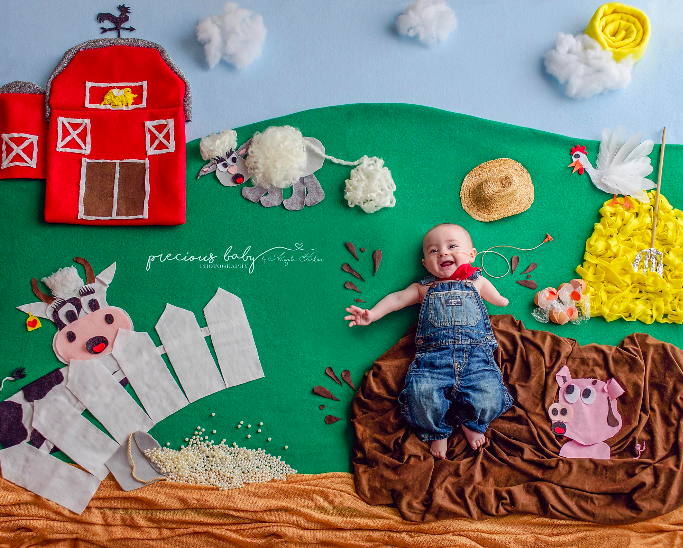 "I always knew they could be fun, but I didn’t realize that they could bring so much joy." 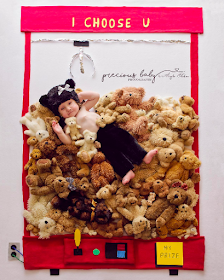 " I always knew that some need extra care, but I didn’t realize how much they care for others." 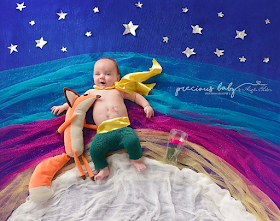 "I always knew they were loved by their parents, but I didn’t realize that they were so adored." 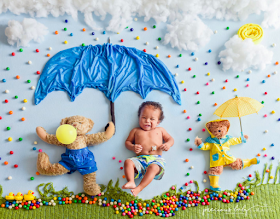 "I always knew that they were special, but I didn’t realize their immense value—that each one has a purpose, and that they can change the world."

Families she's worked with have cried upon seeing her photos. A mom who has a child with a terminal illness wrote, "It means so much to me to capture as many amazing photographs of her as possible.... I know some day (hopefully not any time soon) those memories and photographs will be all I have."

While Angela wishes she had the capacity to photograph a bazillion babies, she did have a few pointers for parents who have children with special needs who can't sit on their own: 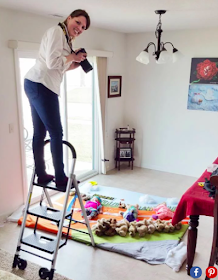 • Have the child lie on their back and shoot over them. Put a small rolled cloth under the top part of their head, so that you are not shooting up their nose.
• You can lay them on a furry blanket, on a beanbag or on a cute baby bed or doll bed. Don't worry if the prop is too small; just have their legs hang over the edge and photograph them waist up. Think safety first—make sure an extra adult is nearby so spot the baby.
• Have their favorite toy or video playing, right near the camera, to encourage them to look at the camera.
• Don't worry if they don't look at the camera, it's OK.
• Don't worry about trying to hide tubes, wires or medical equipment. They are part of their story. They are no less beautiful with these "accessories."
• Don't wait until after they've had corrective surgery to take their photos. Document their story—and show their amazing progress. 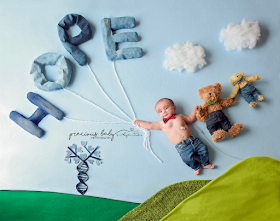