Max has checked out of our house 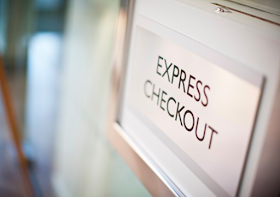 Max returned from six days at sleepaway camp on Saturday and announced that he'd like to go to a Holiday Inn that evening.

He's doing a few different camp stints. As with last summer, we opted for camp over the extended school year. The very next day, Max was headed off to another one. No matter—he needed a hotel stay in between. I asked Dave what was up with that. "He's in vacation mode," he noted. "He doesn't want to come home." OK, then.

Max has had a thing for Holiday Inn ever since he and Dave stayed at one last February on a surprise birthday trip to Disney World. He sometimes randomly asks to go to one. This time, in his mind, he had just cause because you don't stay at home when you're on vacation, right?

We have a history of indulging Max's whims, within reason. We got him all sorts of purple paraphernalia during The Purple Phase. We let him eat spaghetti for lunch and dinner (and sometimes, breakfast) during The Spaghetti Phase. We took him to regular car washes during The Car Wash Phase. We bought him a whole lot of Cars 2 merchandise during The Cars 2 Lightning McQueen phase. We brought him to our local fire stations countless times once he decided to be a firefighter (ongoing).

But some of his passions aren't cheap. Like Disney World visits, and hotel stays. Although it was Holiday Inn. And, hey, Dave had credit card points he could apply toward a visit. And so, we indulged Max. Saturday night, he and Dave crashed at a Holiday Inn close to camp. They had burgers and milkshakes for dinner. They made a trip to Home Depot, Max's happy place. They chilled in the room and watched HGTV. They had breakfast burritos and oatmeal in the morning before Max took Dave to see a matinee of Incredibles 2 (it was Max's fourth time seeing the movie, but who's counting). Then Dave dropped him off at camp.

I could stand to take some enjoy-your-life lessons from Max.
Ellen Seidman at 6:35 AM