Hey Eminem rap this: It's by the mom of someone you dissed 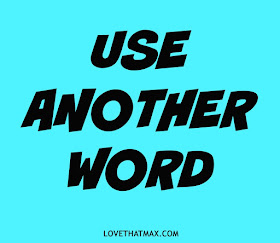 Hey Eminem I finally heard Walk on Water, your new song
Hear me out, now don't get me wrong
When you rapped
God's given me all this
Still I feel no different regardless
Kids look to me like a god, this is retarded
I couldn't believe you
Really, that's the best you could do?
I think you're a genius even if you ain't no Jesus
But you dissed my boy Max and people like him
He's got a disability yet he's still a basic human being

That r-word demeans an entire population
It makes people think those like my son
Are jokes, losers, stupid, pathetic no-ones
Years ago mental retardation was a medical description
Then it got out of control, it became demeaning
Now the term is outdated
It should be cremated
Here, try your name in its place:
I'm such an Eminem, I let people down
See, it's a slam even if it's not said to someone's face

Maybe you didn't get the memo so consider yourself served
This population you're slamming, it's respect they deserve
That's not too much to ask for, except
Lots of people think it's funny or cool to keep using that word
I see it all over social media hashtag #ithurts
If you think being a rap star is hard
Try being a person who gets the label of 'tard

What's that, you say, it's just a word
Get a grip, don't flip, only sticks and stones break bones
Yeah, well, don't give me that
My son has enough stereotypes to overcome in this world
People often only see his disability
None of the ability
And when that word keeps getting passed around
You all keep kicking him down and down

This isn't about freedom of speech
Or trying to preach
It's a slur, that's the truth, I'm no liar
Sorry, I'm not available for hire
You're a master of words
So it's pretty absurd
That's the only one you could use
Here let me help you out:
God's given me all this
Still I feel no different regardless
Kids look to me like a god, this sh*t is hard

If you had a child with intellectual disability
Maybe you would have more civility
You wouldn't want people slamming him
For me, that's exactly what's happening
I'm raising an amazing boy who deserves better than this
Someday he'll stand up for himself
But for now, I'm gonna get all Mama Bear
So here I am, asking you to care
Ellen Seidman at 6:45 AM