There is no shame in enrolling a child in early intervention 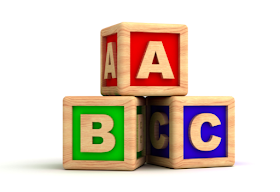 Recently, Max's physical therapist from Early Intervention, Mindy, stopped by to pick up a baby car mirror I was passing along to her grandson. Max didn't remember her, but I get emotional every time I've seen her around our neighborhood. She's the one who helped Max learn to crawl on all fours, building up his limb and trunk strength. And she's the one who helped get him walking, first in a walker and then on his own. I owe her a debt of gratitude I can never pay off.

If you have a child with disabilities, you know just how vital Early Intervention (EI) can be for giving tots a jump-start with cognitive, behavioral and/or physical skills. I found out about EI from a hospital social worker a few days after Max had a stroke at birth. As soon as we got home, I called for an assessment and begged to make it happen fast. Within a couple of weeks, Max was enrolled in EI and soon after, he started getting physical therapy.

In the face of black-and-white proof of my baby's brain damage, those awful x-rays, I was driven to find him all the help I could. Yet a lot of children don't get the support they need. "There is a bag gap between the number of children with disabilities or delays and the number of children enrolled in Early Intervention services," says Megan MacDonald, an assistant professor at Oregon State University's College of Public Health and Services, and the coauthor of a recent study on EI. One reason the research, published in the Journal of Early Intervention, found: when a healthcare entity (such as a pediatrician) is involved in recommending EI, a child is more likely to get enrolled than when the referring agency is education-focused.

Ultimately, though, the stigma associated with Early Intervention can get in the way. I've heard it voiced over the years by parents of children with delays who were concerned that their kid's education could be haunted by the therapies he received. I've known parents who worried about letting family and friends know their child was getting Early Intervention, fearful of labels. And then there's the fact that some parents don't want to acknowledge that something is "wrong" with their perfect child.

Living in denial and believing that a kid will eventually come along is far less scary than recognizing that a child is not developmentally where he should be.

Yet the sooner children get help, the better. Research has conclusively found that Early Intervention is highly effective for young children who have—or at risk for—developmental delays. It can boost their language and communication, cognitive development and social/emotional development. One review of studies published in the journal Pediatrics found that Early Intervention helped toddlers with autism improve their IQ, language ability and social interaction.

Ultimately, that alone should prod a parent into seeking help. As for whether or not a child's participation in EI would end up on a permanent school record, the short answer is no. "The only information a school district receives is what the parent shares in the transition process," notes Jaime Silberman Bassman, an occupational therapist who works in the birth to three Early Intervention system in Pennsylvania. "Parents worry that a teacher will have preconceived notions about a child if they know he was in Early Intervention, but the truth is, the more the teacher knows, the more helpful she can be.

"There's so much I can say about how EI helps many kids who improve rapidly, get discharged and may never need services again," she continues. "For others, it can be the first in a long line of steps as parents start to figure out there might be a diagnosis or a longer-lasting disability." Yet getting your kids support early on can actually mean they'll need less of it later.

One of the many things you learn as the parent of a child with disabilities is to care less about what others think and to focus your energies on what matters most in this world: your child. You also realize that you are his most important champion. Picking up the phone to get an Early Intervention assessment may be a hard call to make but you're doing your job as a parent—and you're doing right by your child.
Ellen Seidman at 6:38 AM