He's going to Las Vegas and I'm Mom of the Year 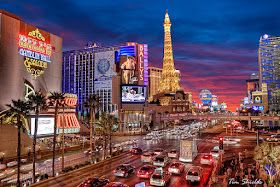 "I like pina coladas!" Max informed the two women. We were at the Runway of Dreams Gala last Thursday, and they had recognized him from the blog. Turns out they live in Las Vegas, the city Max is planning on visiting in December. Why? Because he saw some Las Vegas fire trucks in a video and decided it would be a good place to go. Max was telling them all about his plans, which evidently includes tropical drinks.

Lately, Max has been telling everyone he meets about his trip to Las Vegas. (Dave will cash in some air miles and they'll go around Max's birthday in December.) A new occupational therapist came over to the house yesterday to meet Max. She wanted to talk about life skills; Max wanted to discuss his dining plans for Las Vegas.

Last weekend, Max attended a recital for a group of kids and teens who get music therapy through Jammin Jenn. (And yes, it was quite the week between his graduation and walking the runway.) Participants sang Over the Rainbow, Imagine and Don't Stop Believin'. One played bells, another the steel drums. But my Max? He sang a song he and his amazing music therapist, Amanda, made up called—wait for it—Las Vegas! Where Max will drink pina coladas, see the Beatles show (I'm afraid to look up whether it's topless) and have good luck.


It was rather awesome. Yes, I've been proud of him for singing standards like Let It Go, but crooning about a joy trip to Las Vegas involving pina coladas is a whole other level of music therapy.

The lyrics are below, in case you'd like your child to sing this at a recital or impress relatives at your next family gathering.

Image source: Flickr/Tim Shields BC
Ellen Seidman at 6:45 AM