What do you miss most in life since having kids? 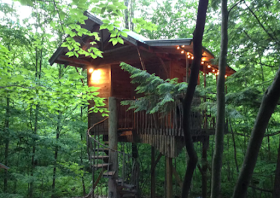 As I got a cavity filled the other day, I asked my dentist about upcoming vacations. He said he and his family were going to Europe: England, France, Amsterdam and Belgium. I told him to visit Bruges if possible, a beautiful medieval city in Belgium. I wanted to ask so many questions—where were they staying, what were they going to do—but I had to quit talking so he could work on my tooth. For once, I wasn't so freaked out by the drill because I was flooded with wanderlust.

I love my children deeply and fiercely. I can't imagine life without them. And yet, I really miss going on trips that do not involve Mickey Mouse and theme parks.

I've always loved travel. I spent a semester abroad in Florence, Italy, as a college junior, then traveled to Greece on break and around Israel, Egypt and Europe afterward. In my early twenties, I snagged a $150 round-trip flight to Italy when I agreed to act as a courier for a delivery company. My dad feared that I was unknowingly serving a drug cartel, but it all worked out. I road-tripped on the California coast with my friends Lisa and Lyla and did Mardi Gras in New Orleans. Lyla and I toured Spain. I hit Club Med, once in Turks and Caicos with my friend Betsy and once alone to Punta Cana in the Dominican Republic. After I met Dave, we went on a cruise in Alaska's Glacier Bay, explored Ireland, hiked in Patagonia and honeymooned in Bali.

Then we had Max and we were too afraid to take him anywhere because he'd had seizures at birth and then another one when he was fifteen months old. Once they were stabilized and Sabrina was about two, we ventured to resorts in Jamaica a couple of times. We've since been on several family cruises, the Sandpiper Bay Club Med in Florida and Arizona. I am not complaining; we go on nice vacations, making them a financial priority for our family. I can vividly recall all the trips I took with my family growing up, and I want my children to have those memories. There is so much learning and fun from travel. Not to mention: kids clubs.

But I really miss the far-flung trips. I miss, too, the spontaneity associated with travel. Sometimes, when Dave was away on business, I'd jump on cheap flights to meet him in Cleveland or Milwaukee or wherever just because. I miss the freedom to go where I want and do as I please. The mere act of getting out of the house to head to the mall is an ordeal when you have children.

At the heart of all, I guess I miss having a life free of responsibility. Sure, I had work to do and bills to pay when I was single, but that was cake compared to the realities of overseeing a household and raising three children, one with special needs and one with an attitude.

We have a photo in our living room of Dave from that Alaskan cruise, taken on the top of a glacier. Sometimes, as I'm carrying Ben around the living room, I'll stop and show it to him and I think back to the girl I was and get a little sentimental, breaking out of it only when Ben attempts to grab the picture frame and toss it down.

On my list of cool (and vaguely realistic) family trips I'd like to take: Rent a villa in Tuscany, a houseboat in Amsterdam and an R.V. here and travel the country. Roam around Southern France. Visit Iceland. Rent a treehouse anywhere (er, perhaps not while Ben is learning to toddle). On my list of fantasy trips: China, Thailand, Australia, New Zealand, South Africa, Bora Bora, Fiji...and just napping in a hammock anywhere tropical. Really, just napping in a hammock, period. 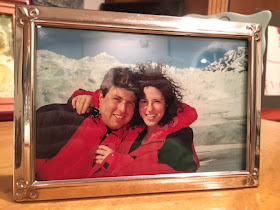