A brother's loving film about his sister with Down syndrome: Kelly's Hollywood 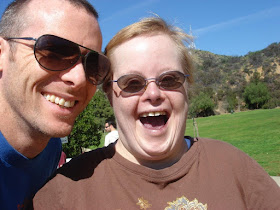 As parents, we do our best to make our children happy, which includes indulging their interests/obsessions. Over the years, Dave and I have bought a whole lot of purple objects for Max during his purple phase, taken him repeatedly through car washes during his car wash phase, and basically camped out at our local fire house so he could hang with the guys ever since he decided he was going to be a firefighter.


Of course, this aim to please isn't limited to moms and dads, as a new documentary beautifully shows. Directed by Brian Donovan, Kelly's Hollywood tells the story of his sister's aspirations to become an L.A. diva, and his drive to make it happen. Kelly has all the makings of a Hollywood character—she's funny, charming and people are drawn to her. She also happens to have Down syndrome.

Set to premiere on Showtime Showcase tomorrow, the documentary depicts the pair's strong bond, typical in some ways yet not in others. It got me thinking about how far we should go for our children.


Kelly has a day job in a workshop, and spends a couple months a year with Brian in L.A. where he's an aspiring actor. Affectionate and expressive, she is not shy about her crushes. Mostly, the objects of her affection are Hollywood stars—David Hasselhoff, The Bee Gees, Hugh Grant, Colin Firth. Thanks to Brian's connections and perseverance, he's able to arrange some meet-and-greets and, ultimately, enable Kelly to star in a live show at a Hollywood theater, complete with red carpet and paparazzi.

Families who have loved ones with disabilities will relate to much in the film, including the grief the mother goes through upon finding out her baby has Down syndrome; the awareness that a child with special needs is still, above all, a child; and the uninhibited joy with which Kelly lives her life.

I asked Brian what he hoped the disability community would take away from the film. "I would say that it's important to remember the past and how far we've come with advocacy, awareness and exposure," he said. "There is still plenty of work to do, but things have changed. Thank God. Also, I believe true inclusion means honoring and supporting the dreams of those with disability—within reason and realism, but they have to be recognized. They may experience disappointment, hurt and sadness if the dream doesn't come true or even close, but that's OK...we all do. It's just part of life."

I just had to stop and say thank you for changing my perspective on things. I never thought poorly or less of a child or adult with Down's. That being said, I was sad for the families. You changed that. Yesterday I found out that a friend of ours had a son with Down's. People felt badly for them. The only thing I now feel badly for them about is that they had to readjust the picture they may have already had (that all expectant parents have) of what the future will look like for their child. Thankfully his parents seem to only see him as the blessing that he is.... Thank you for helping me to see that having an extra chromosome isn't a sad thing. It's just a thing, not bad or good. He's just a beautiful baby that is going to bring his family and the world a lot of happiness.

Kelly best loved the footage in the film when she was performing, Brian mentioned: "There were times when I was shooting, or not shooting, and Kelly would say, 'You rolling Brian!' Or God forbid, I turned the camera off prematurely and Kelly would get mad sometimes. She was a diva and the first reality star." 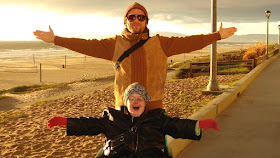 The movie raised some questions for me about Max. When I went to his holiday concert last week, he spent an entire song gazing adoringly at the girl standing beside him. Hello, crush! Perhaps he will have a girlfriend, although I try not to project my feelings onto him about what happiness means. Whatever makes him happy makes him happy. In the film, Kelly pines after celebrities. Perhaps real-life romance might have been in the cards for her? Did she have the opportunity to meet up with guys her age?

"Kelly mingled with her peers at her workshop, but it never went far romantically," he responded. "She wasn't very interested except a few times in her teens—my mom mentions one time when she said, 'We want to to a hotel room and have sex.' I know she knew, deep inside, she wasn't destined to be with someone famous, though she thrived on the fun of the fantasy. I struggled with my part in it. What if I didn't feed the fantasy? But when I broached my mom about it she cut me off quick and said that it made Kelly happy."

Last, I asked a hard question. I know what Brian meant about supporting the dreams of people with disability. I am raising an aspiring firefighter who happens to have cerebral palsy. I have succeeded in getting his favorite fire truck to show up at our house on several occasions. But how much is upon us to not make things a one-time fantasy and to find opportunities in everyday life where our loved ones can shine? Could Kelly have found a local outlet where she could perform? Could she have perhaps taken acting lessons?

"When Kelly was younger, there weren't local outlets for performance," Brian said. "Maybe if there had been we would have plugged her in and let her rip. Consequently, it was always Kelly and me and our little world of make believe. We were always in 'class' and 'performing.' I used to bring her to my acting class in Hollywood when she was in town. She loved it, but mainly when we let her perform. She didn't like getting off stage!

As for reason and realism, we all have limitations and facing them, no matter who we are or what our dreams are, is a fact of life. There will be disappointment. As a parent, you don't want to see your kids suffer, or be disappointed. So you do the best you can with what you have available. If you can feed their dream occasionally and provide opportunity that will whet their appetite every once in a while, great. My sister pined for her place in the stars and we pursued it together. As they say, it's the journey—for all of us. But it's imperative that we have something to strive for, a passion, a purpose, a dream. That applies to everyone."

Kelly's Hollywood will premiere on Showtime Showcase Thursday, December 22 at 6 PM ET/PT, and will be available to stream afterward. For more information and a free Showtime trial, click here. 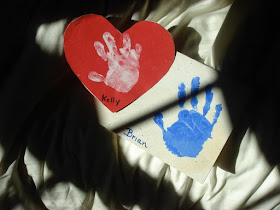 All photos courtesy of Brian Donovan
Ellen Seidman at 6:37 AM