On raising kids who stand up to bullies 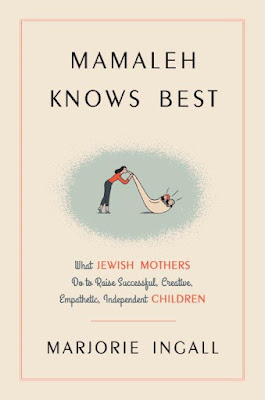 The following is an excerpt from a new book by my very smart, very funny friend Marjorie Ingall. Mamaleh Knows Best: What Jewish Mothers Do to Raise Successful, Creative, Empathetic, Independent Children is packed with wisdom that applies to any parent, anywhere (as Margie says, "Jewish motherhood is a philosophy not an identity!"); it's also a generally interesting and amusing read. Margie is also the brains behind the apology-analyzing blog SorryWatch—very much worth a read, too. 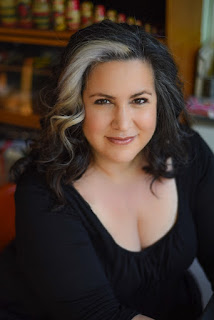 Jews have no monopoly on social justice. All of us have an obligation to ensure that our kids care about the lives of people who are not necessarily like us. As the civil rights advocate Rabbi Abraham Joshua Heschel said, “God did not make a world with just one color flower. We are all made in God’s image.”

One tikkun olam lesson we should all be teaching our children is to stand up when someone else is being bullied. Studies indicate that bullying often takes place in front of an audience (in as many as nine in ten cases), but kids who witness bullying defend the victim less than 20 percent of the time. University of Illinois psychologist Dorothy Espelage found that sixth and seventh grade boys who didn’t bully but who were friends with bullies were less willing to intervene when they saw bullying in action. If you have a kid who is considered “cool” (I have not been so blessed, since my husband and I are geeks who have raised geeks), your kid has social capital! He or she can use it for the forces of good! But if your kid’s school isn’t encouraging these small acts of kindness, it’s up to you to encourage them.

As a parent, you can make sure the language you use at home is slur-free, and you can talk about why tolerance and acceptance of differences are vital qualities. As Emily Bazelon points out in her terrific book Sticks and Stones: Defeating the Culture of Bullying and Rediscovering the Power of Character and Empathy, study after study shows that the best way to prevent the harassment of gay students is to make it unacceptable. Saying that you love the sinner but hate the sin does not fly. Schools and camps need to convey that slurs and taunts of all sorts are immoral, and parents can and should talk to principals to be sure the message is getting through.

My own 10th grade English teacher used to prance in front of the classroom with a limp wrist extended, making fun of “little Wally Whitman, shrieking his poems to the ocean.” Ugh. Teachers, coaches and counselors today still fail to curtail the use of hate speech, and parents have an important role to play in making sure the world is a safe space for all. My kids have gay uncles, so we’re a step ahead of the game here, but I still wasn’t sure how Maxie would react when was four, and we were visiting San Francisco and drove through the Castro, the historic gay neighborhood. As we stopped at a light, a fabulously dressed drag queen crossed in front of the car. Maxie stared, and I worried. But then Maxie yelled out the window, “I LOVE YOU, COLORFUL LADY!” (Let me assure you I am no perfect exemplar. I’m still struggling to banish the word “retard” from my vocabulary. I grew up with it, and when I’m tired or careless, it slips out. It’s awful and it’s wrong, and I’ve made sure my kids know I’m ashamed.)

Tikkun olam should be a big tent. Jews have no monopoly on persecution and trauma, even though some of us want to play the Holocaust as a tribulation trump card. Six! Million! Ovens! Beat that, other marginalized groups! Yeah, no. Life is not a suffering competition. It’s our job to ensure that as our kids grow, they work to end ongoing, systemic inequities in their own cultural groups and in the wider world.

The book of Deuteronomy commands, “Tzedek, tzedek tirdof”– righteousness, righteousness should you pursue. We need to right wrongs, support the underdog and fix what’s broken, even when it’s hard and uncomfortable work. A lot of people who become active in doing social justice as adults can’t really articulate why: “It’s just the right thing to do,” they say. It’s what a lot of Christian rescuers said after the Holocaust, when asked why they risked their own lives to help Jews. But one study of helpers and bystanders during the Holocaust found that the majority of Christian rescuers had something in common: They came from loving homes. Middot (the Hebrew word for “virtues”) are, in my mom’s words, “caught, not taught.” When you grow up in an atmosphere of kindness, you’re more willing to imperil yourself to help others – even people you don’t know. This is my ultimate goal in raising my daughters: Raising empathetic humans. (Chris Rock said that one’s ultimate goal is to keep one’s daughters off the stripper pole. Which, I grant you, is also valid.)