What we won't do for our kids (hint: nothing) 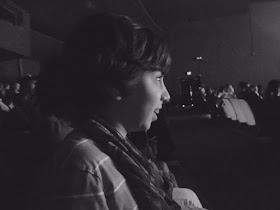 Sunday, I headed off with Max and Sabrina to her dance recital. I just wasn't sure Max and I would actually see it. Historically, he and Dave have hung out in the lobby the entire performance. 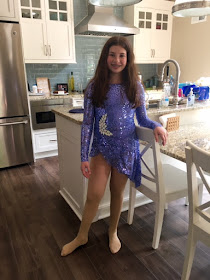 We got there late and Sabrina ran ahead of us. It was a ten-minute walk from the garage to the auditorium, and I worried that Max would get tired. When we finally got to the lobby, there was a gigantic line for ticket pick-up that I knew Max wouldn't be able to handle.

A volunteer mom stood at the entrance to the auditorium. I showed her the receipt on my iPhone for our tickets. She said they weren't letting people in just yet.

Ah. THAT was just the ticket we needed.

I explained that Max tends to get unnerved by walking into loud and crowded halls, but if we could be seated before the throngs entered, I might have a chance of getting him to watch his sister.

She let us in. An usher handed us a program. The title of the showcase: Making Magic Happen. Heck, I do that all the time.

I have learned many things as Max's mom, one of the top ones being: It never hurts to ask. And I am shameless about requesting things that will enable Max to enjoy activities, get him the care and therapies he needs or make life easier for me and Dave. Years ago, some people felt perturbed when I mentioned that I'd asked a restaurant chef to cut up spaghetti for Max. I was unrepentant. (See: The Spaghetti Manifesto.)

I did not necessarily expect this woman to let us in. I did not think it was our right to be let in early. But I had to ask.

Max and I settled into our seats, ones I'd chosen carefully, not too close to the stage and in the front row of the section. We found Sabrina's name in the program. I said hi to a mom I knew who was ushering, and Max asked if the music was going to be loud. She said, "Maybe a little" and he seemed OK with that. Phew. We watched people walk in. A mom carrying a car seat with a sleeping baby stopped next to us and Max asked her if the music might be too loud for the baby.

Max watched the entire first part of the show, mesmerized (Sabrina was in the second half). I couldn't stop watching him taking it all in; that was my form of entertainment.

At intermission, Max chose a honey bun from the vending machine and I held it for him. As the second half of the show started, I wondered if Max's attention might fade but, no! He giggled when he saw Sabrina performing to "Send Me On My Way" (she killed it). He groaned when another class danced to Let It Go, because he's decided he is too old for that song and it annoys him. He got excited by "Eye of the Tiger" because, he informed me, it's in "Big Hero 6."

At some point, a group of girls did ballet to a violin version of Rainbow Connection. It's one of my favorite songs, and it sounded gorgeous. When it comes on the Pandora station I made for Ben, I sing it to him and waltz around our kitchen.

I sat there in the dark, peaceful and grateful and still watching Max watching the show. It was the first time I have ever enjoyed a show sitting together with him.


At the end of the recital, there was a dance to a medley of songs, one of which was "When You Wish Upon a Star," which Max knows from the Disney Cruise. He laughed, he was so excited. Meanwhile, some dancers came into the audience and stood right in front of us, and I literally had to hold Max back from jumping up and dancing with them.

At the end of the show, as we stood in the lobby waiting for Sabrina with flowers in hand, Max told me he wanted to learn to tap dance.

I pondered how amazing that would be. Could I make it happen? Well, I could ask.

Yesterday, I wrote a thank-you note to the director of the school and mentioned how much Max and I enjoyed the performance. I said I had a special request, explained about Max and asked if there might be a teacher who could give him private lessons.

He will definitely insist on being introduced as Fireman Max at the recital. 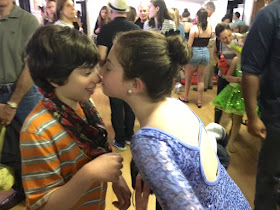