Mothers against the month of June 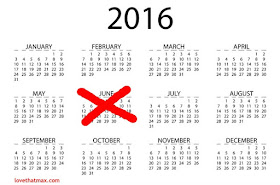 As every parent knows, EVERYTHING IN THE WHOLE WIDE WORLD happens this month. There's some big-deal school project to finish up (typically entailing a frantic dash to Staples right before the store closes), end-of-year exams, a school festival or performance, a dance recital (and rehearsal!), a music recital and/or chorus performance (and rehearsal!), sports playoffs, end-of-year sports sports team parties, final sessions for swim club or any club you made the kids join that they never attended only now it is June and you want to get your money's worth before the club ends, the end-of-year Girl Scout party, teacher gifts, your neighborhood's annual block party and at least several other random parties, possibly a graduation to attend and possible graduation parties to attend, spontaneous swims and pool parties, spontaneous BBQs plus shopping and packing for camp if your kids are doing sleepaway camp (typically entailing a frantic dash to Target right before the store closes).

Meanwhile, camp forms are overdue and, whazzat email, the school is already alerting you to forms due for the next school year?!

And WHAT exactly were you thinking when you scheduled the kids' dentist and eye doctor appointments for June?

And SURPRISE! One of your kids' schools ends three days early because of unused snow days and it's your bad because you neglected to spot that update on the school calendar!

Amidst all this, you have to get a gift for Father's Day and a gift from the kids. So you settle for breakfast in bed, homemade cards plus an IOU for whatever he wants. It's the thought that counts! And it's amazing you even had time to think! Why? J-u-n-e.

My sympathies to mothers of kids whose birthdays fall in June. Hot tip for parents considering another child: Plan to have the baby not in June.

September may have a rep for being back-to-school hectic, but June is like twenty Septembers combined. And at least your kids have motivation in September, even if it's just for new school supplies. By June your usually do-good child has decided that it's summer and homework is optional. Who learns anything in June, anyway? And how many parents still even care?! And so why get to school on time? Your 11-year-old will likely still be brushing her hair in the bathroom at 8:45 a.m. at which point school has already started. Why? J-u-n-e.

Schedules are a moving target. At least one important event happening outdoors will inevitably get rained out and it will be rescheduled at the exact same time another important event is happening. If your child's sports team makes the playoffs you will be forced to rapidly rearrange your schedule, even if it involves something you have been looking forward to all year long. One of my friends nearly had to give up tickets to Hamilton when her daughter's team got to the softball playoffs, but mercifully the game got moved. She thinks she would have opted for the playoff. As she says, "At least I could've held it over her head for the rest of her life!"

On the one Sunday when you would like to have a relaxing family barbecue, too bad, there are 11 pre-scheduled activities, none of which involves burgers or corn. Not to mention the fact that barbecues always sound so much more relaxing than they are when you have kids.

Meanwhile, all you want is twenty minutes—JUST TWENTY MINUTES—to trim the stupid dead twigs off the hydrangea bushes, but THERE ARE NO SPARE TWENTY MINUTES IN THE MONTH OF JUNE.

And wouldn't it be nice to get one of those summery pedicures? Or, at the very least, polish your own toes? Bwaaaaaaaaaaaa-ha-ha. The best you can hope for is to find a couple of minutes to hastily trim your toenails so you don't look like a hermit when you drop your kid off late at school.

We could all use recovery time once we have made it through June. Too bad we have kids. Who are out of school.