This scary thing happened in my local moms Facebook group: A cautionary tale 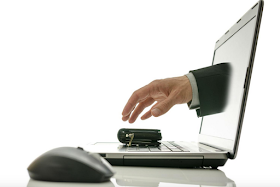 "Did you hear about what happened to that mother in our Facebook group?" my friend asked me. She had stopped by to give me baby gear, and we were standing in the kitchen chatting.

"No, what happened?" I asked, never once suspecting what she would say.

A woman had joined our local mother's group. She'd also friended some mothers in it, including my pal. Some moms had friended her back, thinking that either she was new in town and looking to make connections or not quite remembering whether they knew her from someplace in real life.

When my friend saw her introductory note, photo and profile, she thought something seemed wrong. Her message was full of typos and bad grammar, and yet her picture was of a professional looking woman and her profile said she was some higher-up at a big company.

After she joined our group, this woman posted that she knew a great babysitter. She got a number of responses, and a mother hired that babysitter. That mother eventually realized the sitter had stolen a blank check, writen out a large sum to herself and cashed it.

It remains unclear whether the woman who posted in the Facebook group is the so-called sitter, or whether the sitter was an accomplice. In any case, it seemed like she had created a fake profile with the intent of getting jobs and infiltrating homes to steal. The incident was reported to the police.

The moms who moderate the group were profusely apologetic; they do their best to make sure people in it are legit. The group has been a lifeline—I've crowdsourced everything from Ben's gastric distress to sleep training, and gotten really helpful advice. And it will continue to be a vital community go-to for me. If you belong to a local Facebook group, you can understand how easy it is to instantly feel a sense of camaraderie with the people there and trust them. Especially when it's a parent group.

But this story is a sobering reminder that as awesome as local groups on Facebook can be, you have to use the same judgment you would in real life about interacting with people—even if a person has shared connections. This mom is lucky that stolen money is the worst thing that happened.
Ellen Seidman at 6:38 AM