Why your house can never be too protected from fire 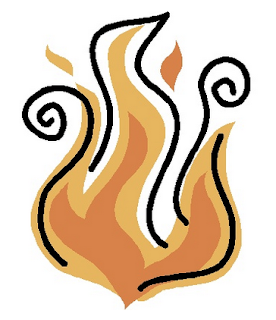 Max and I have both learned a whole lot about fire safety in the year since we became ambassadors for Kidde. Key tips include: Every bedroom needs a working smoke alarm. Closing your bedroom doors at night is the safest way to sleep (it can help keep a fire from quickly spreading throughout a house). There needs to be a three-foot clear radius around your furnace, so clean the clutter. Regularly suck lint out of your dryer vent with a vacuum. When addressing your child, call him Fireman Max (oh, wait, that's just me).

It's been good to know that we've helped other families, including one close friend's. In my post on fire safety during cold weather, I'd noted that people should blow out candles when they leave an area. My friend's daughters read the post, and reminded her on the night they lit a Chanukah menorah made out of wooden spools that they shouldn't leave it unattended. But then my friend walked out of the kitchen, got busy and forgot about the menorah. When one of her kids went to check on it, she found that the spools had caught on fire. "If she hadn't gone in to check because of your blog," my friend wrote, "we could have had a fire."

It was quite the happy ending. And then, the other week, I headed off a potential problem in our house. We'd had an expert inspect our home in the fall to make sure it was well insulated, as our electric bills are high. As part of his audit, he suggested we put explosive gas alarms in the basement and kitchen. I hadn't even known that they existed. Kidde sent a few of their Nighthawk AC Plug-in Operated Carbon Monixide Explosive Gas Alarms. The second I plugged one into an outlet in the unfinished part of our basement, it went off. Eeep. Then I went over to the playroom (aka the nice part of our basement) and plugged it in there. It went off again. Double eeep! That's when I zoomed over to the phone and called our utility company.

A technician showed up within a half hour, and walked around the basement with a gas detector. He found a very small gas leak coming from a gasket on the water heater we'd installed last winter. It wasn't dangerous—it wouldn't have caused an explosion—but as he noted, you don't want gas leaks in your basement. The plumber who had installed the water heater replaced the gasket at no charge. When I reinstalled the gas explosion alarm, it didn't go off.

I think the biggest lesson I've learned from being a Kidde ambassador is that there's no such thing as a house that's too protected from fire. You owe it to your family to do everything within your power to make sure they're protected, and it's actually pretty simple to do. Once the smoke and carbon monoxide and gas alarms are in place, once you have fire extinguishers on hand (including a dedicated kitchen one, once you have a fire escape plan (practice with your family!) and once you know the key safety to-dos, there's not much more maintenance involved. You'll sleep better at night knowing your family is more secure.

Kidde just launched Step Up and Stand Out, a campaign to recognize and recruit volunteer firefighters. A whopping 87 percent of this country's fire departments are either fully or partially staffed by volunteers. Know a volunteer firefighter or support volunteer? Submit a video no more than two minutes at Firehouse.com explaining how your nominee has gone above and beyond to serve the community; entries will be accepted from now through May 21, 2016. There will be five finalists, and then a grand prize winner who will receive a $1000 training grant and more. Read the full details here.

More from the fire safety series from me and Fireman Max:

What we learned from our home fire safety inspection

Protecting your family from a home fire

For additional info, check out:

This post is one in a series sponsored by Kidde, for whom I am a compensated ambassador.