The best birthday party ever, once again 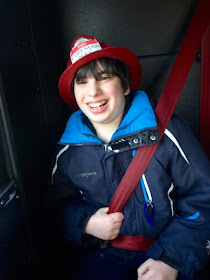 For weeks, Max kept telling me he was going to have "the best birthday party ever!" He's on this "best ever" kick. He tells Dave he's "the best daddy ever!" Me, I'm the best mom ever, especially when I take him out for ice-cream.

After last year's fire-truck themed birthday party (and a ride there in his favorite fire truck), I wondered if subsequent birthday parties would pale in comparison. But, no.

Max wanted to have his party at the bowling alley, as he's done several times, with pizza and red punch. And there would be a fire truck theme, once again, complete with a fire truck piñata. And as in the last few years, he'd get a photo ice-cream cake with an image of his beloved fire truck no. 31, ringed with red icing.

There were no plans for a fire truck ride. That is, until Deputy Chief Joe showed up at our house on Saturday morning. He was going to let Max ride on the truck in our town's local holiday celebration except as it turned out it was the same time as Max's party—and so, could he offer Max a ride the next day instead? Um.... 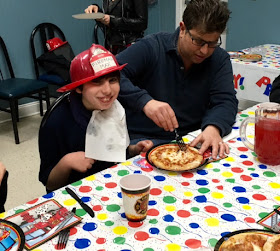 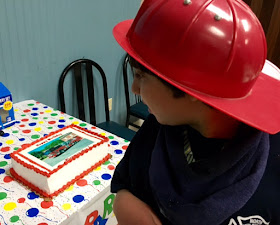 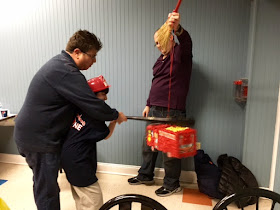 And then Dave took him to the fire station yesterday and the two of them got a ride around town. ("It was pretty cool!" gushed Dave). Max said he had the best birthday weekend ever. And I'm betting this Thursday, his actual birthday, may just be the best birthday ever.