My other kid's special needs 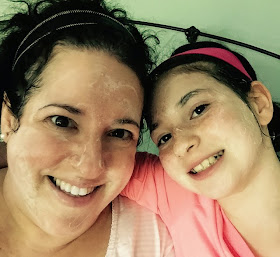 Max literally did a happy dance in our kitchen yesterday morning, because he and Dave had a joy trip planned to New York City that included a train ride, eating sushi, bowling, eating some more and generally roaming around. Max ran over and threw his arms around me.

"Oh, Max," I said. Hugging is still a relatively new thing; for years, it wasn't a movement in his repertoire. Even now that he can move his arms that way, he still doesn't instinctively do it a lot.

Sabrina cocked her head and said, whining, "You never talk to me like that!"

In some ways, she wasn't wrong. I do have this special tender, coddling Max voice I use when he's done something new or particularly wonderful. It's a voice that comes from years of hoping, the roots of which remain embedded in the gloomy future the doctors in the NICU predicted for Max.

But I have unique sounds for Sabrina, too, and I reminded her.

"Honey, when you came home and you'd gotten 100 on your social studies test, wasn't I so excited for you?" I reminded her, and she grudgingly agreed.

I often joke to friends that sometimes Sabrina is my child with special needs. Like many siblings of children with disabilities, she recognizes that Max needs (and requires) extra attention, whether I'm helping him down the stairs or going over homework with him in depth.

Dave and I do our best to do things just for her, both so she knows that she's special and because it's nice for us, too, to each have time alone with the kids.

Sabrina had already asked to do facials after Max and Dave had left, which I loved. I started doing them around her age. For years, I followed the instructions on a page I'd ripped out of Seventeen magazine that included a scrub made out of pulverized almonds and honey, followed by an oatmeal and yogurt mask. During college, a woman at a Clinique makeup counter with beautiful skin told me her secret: She applied an egg yolk to her cheeks, for softness, and the whites to her forehead, nose and chin to help control oil, and for years I did that. Then I had kids and I barely had time to wash my face.

I pulled out a grainy scrub and showed her how to rub it into her skin in little circles. 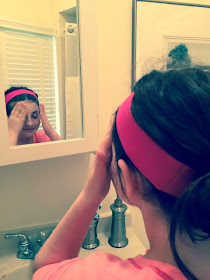 Then I found an oatmeal mask. We smeared it on, hung out on my bed, took selfies and chatted about summer camp and other upcoming stuff she's psyched about. Then we wiped off the masks with a washcloth.

"Ooooh, Mommy! My skin feels so soft!" she said, and it did. A little TLC was just what she needed. And I looked at least ten years younger! Right. 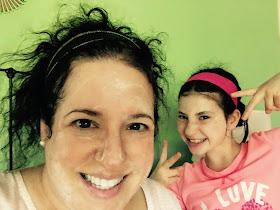