3 things I did right raising a child with autism 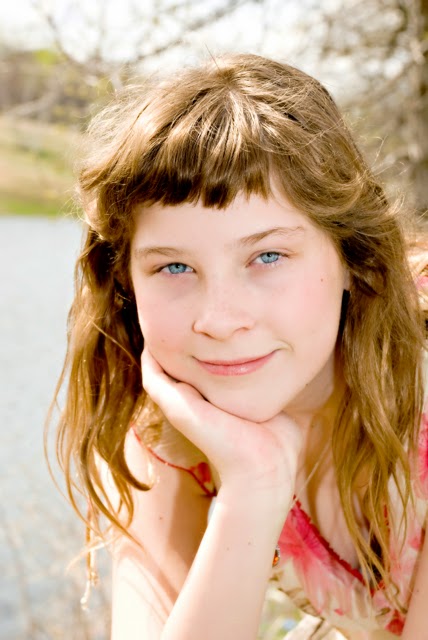 This is a guest post from Dawn Marcotte, a mom of two girls including a 15-year-old on the spectrum and, as she says, "a 10-year-old who wants to be just like her big sister." After struggling to get a proper diagnosis for her daughter, Dawn launched ASD-DR to help families of kids with autism. As her daughter has gotten older, she says, the focus has shifted to helping teens and young adults live up to their highest potential.

My teenage daughter hugged someone this weekend—someone not related by blood.

This is a big deal because my wonderful, awesome daughter usually refuses to hug anyone, except under dire threat of losing electronics. We have learned to accept this fact and limit our hugging to special occasions and bargaining for computer time:

"You can have 5 more minutes if I can have a proper hug."

The hug happened during a recent family adventure to an anime convention (anime is a Japanese cartoon style.) This local convention was attended by thousands of rabid fans. Many of them were dressed in full costume as their favorite characters.

We knew it would be loud, bright and pretty obnoxious but anime is A.'s current obsession and she will talk about it for hours (and hours and hours and hours.) So off we went. In an attempt to avoid as much of the noise as possible we went very early and didn't attend the rave in the evening. As always she had her music and headphones with her so if things go too overwhelming she could cope, although she never used them.

I thought her head was going to explode she was having so much fun with all of the other anime fans. As we were walking down a hallway on our way to the next discussion panel, she literally ran up to another girl and threw her arms around her in a big hug.

Yep, a big hug to someone she hadn't seen in three years. Later I asked her about it.

She said, "Mom I was just so excited with all the anime that it just burst out of me when I saw her and I had to hug her. She was one of the people that introduced me to anime."

This hug was a big deal for her. But it was for me, too: In that moment I realized that all of the hard work over the years was worth it. Some stuff we did that I think helped:

We encouraged her to spend time playing with kids

Our daughter went to day care from the time she was 3 months old and formed a friendship with two other little girls. They didn't go to school together but stayed together in daycare until 3rd grade, when one moved away. Growing up together and spending hours every day together helped the other girls see her as a person, not a problem to be overcome.

She also started with friendship therapy in kindergarten. Early intervention was key to help her learn the basic skills for communication. At school she got social skills therapy, along with speech therapy, occupational therapy and adaptive PE. We also took her to social skills therapy outside of school.

The team of specialists at school communicated with us almost daily so we could reinforce what they were teaching at home. The consistency between school and home allowed her to generalize the skills faster than she may have otherwise. We also shared this information with her outside therapy so that everyone was on the same page.

One important thing we learned was to have her interact with only one or two kids at a time. We also learned to just focus on one thing at a time. For example, while we were working on looking others in the eye, we didn't correct her tone of voice or personal space—we focused on eye contact. Once she understood that, we moved on to the next social skill. That way she didn't get overwhelmed, and neither did we.

As a kid, our daughter spent a lot of time outside running and playing with the neighborhood kids. Yes she got along pretty well with them, quirks and all. They all grew up together and while we noticed that she didn't always play "with" them but rather near them, she was happy. She was our first and we didn't know any better. What we didn't realize is that another of these kids is also on the autism spectrum—they seemed to understand each other and I think that helped the whole group play better together.

We read a lot

As a former teacher I believe that reading is the single most important skill for anyone to have. Children spend the first couple of years learning to read and the rest of their life reading to learn. So we read to her at least twice a day. This opened whole worlds for her and reading became her escape from environments that were often overwhelming. Books aren't loud, books aren't bright, books don't have weird textures and tastes and books don't need a conversation. Reading allowed her to interact with us in a way that was comfortable for her. Sitting next to me on the couch (no touching) or in her bed while I read was a way to be close without being overwhelming.

Reading also became a reward for her that we used to motivate and teach. We used books to teach her about facial expressions, conversations, body language, idioms and lots of social situations. Luckily the Berenstain Bears and Little Critter series had a lot of social stories about going to the doctor, dentist and even school. We shared classics with her (The Chronicles of Narnia) and new releases (Harry Potter) and she remains an avid reader. Anything in print was fascinating and somehow more real than something she hears from a live person.

We used this need for seeing it in print to help her learn difficult skills that we couldn't seem to get through to her. For example, she used to have a hard time with tone of voice. She always spoke very loudly and very fast. Finally we wrote a story that illustrated how difficult it is to understand words spoken to fast. We wrote a different story about how speaking loudly can be interpreted as anger. We read them to her every day and practiced speaking correctly.

Sometimes, stories were about an activity we wanted her to do, like brush her own hair. No matter how many times we told her how to brush her hair and that she needed to brush her hair she fought against it. Finally we wrote out the steps to brushing hair and the top three reasons brushing hair every day is important. We simply printed up the book with instructions and she used it to learn. Since it was in print it must be true! But reading wasn't the only thing we did together.

We made family fun a priority

When A. was young, we would take time every week to do something fun as a family. I know this seems kind of obvious, but often it just doesn't happen. Not in a way that children understand. Families of kids with special needs spend so much time taking the kids to doctors and therapists and specialists that we lose sight of the child. We made an effort every week to do something fun that emphasized her positives, rather than focusing on her negatives. This support and acceptance of her as she is, I think, has also helped her to develop a strong sense of self confidence.

Because A. has so much energy, we frequently went to a park or someplace she could run. It gave her time to be herself without all those pesky rules about sitting still, not running inside, talking in a regular voice and talking to people she didn't know. We tried very hard to do normal fun family things but with accommodations for her so she could also enjoy them, including:

* Eating supper together, but letting her stand on Fridays so she didn't have to sit still
* Going to the zoo, but early so she could run and be herself without bothering other people
* Going to the park and letting her swing as long as she wanted
* Fishing - okay that one didn't work so well in a boat, but we tried it anyway
* Going to the Children's Museum - see note about going early from the zoo
* Playing games - oh how she hated family game night, but we did it anyway
* Participating in sports - turns out she likes to swim
* Reading together just for fun - not for bedtime

As my children have gotten older, like many families we do fewer activities together. The anime convention was great for all of us. My oldest daughter is a confident young woman who knows that her anime obsession is shared by thousands, and there are places she can go where she will be accepted exactly as she is. She doesn't need to change to fit into the neurotypical world--she is fine just the way she is.

I wonder if I dress up in costume if she will give me a hug? Hmmm…it might be worth a try.
Ellen Seidman at 6:38 AM