In trying to save their child, these parents will save others 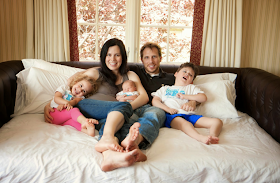 What would you do if your child had the only known case of a genetic disorder? Anything and everything you could within your powers. For Matt and Cristina Might, that meant meeting with a stream of specialists—and taking it upon themselves to find other children with the same rare genetic disorder their six-year-old has, N-glycanase deficiency. The result of mutations of the NGLY1 gene, it causes global developmental delays and movement disorder, among other issues. Without other known cases, doctors could not pinpoint the cause of Bertrand's disorder. No pharmaceutical company would be willing to look into the disorder or trial drugs.


I met Cristina several years ago through the blogosphere, two moms doing our best to help our boys. She and Matt, who live in Salt Lake City, Utah, went on to accomplish what the medical world could not. Matt wrote a long post about Bertrand's medical history, Hunting Down My Son's Killer. It went viral—and led to finding more children with the disorder.

The couple teamed up with another family to create a coalition to educate people, locate more patients and fund the science for treatment and a cure. The New Yorker just ran a story on the Mights, One Of A Kind, by Seth Mnookin; if you read no other article this week, read this. Then share their story. As of this month, there are just 16 known cases of N-glycanase deficiency, and the families are seeking more.

Genetic sequencing promises to be a big part of our medical future. It enables researchers to compare the genetic material (genome) of people who have disorders to see what mutations they have in common. It used to be prohibitively expensive, but the cost has dropped and more companies offer it. I've been reading a lot about 23AndMe, a company created by Anne Wojicki; New York magazine recently profiled them in The Google of Spit (she used to be married to Google cofounder Sergey Brin).

For years, 23AndMe customers could just spit into a tube, mail it off then get results by email. The $99 report would give ancestry information along with the likelihood of a person getting various diseases. You could find out if you had the BRCA1 mutations (linked to a higher incidence of breast cancer), the genetic variant linked to cystic fibrosis, the gene strongly associated with Parkinson's. But your information wouldn't be just for you—it was fed into a gigantic database where scientists could do all sorts of genetic-based disease and drug research. That data is being put to good use; yesterday, a National Institute on Aging study came out that identified new genetic risk for Parkinson's; it's the largest Parkinson's genome one done to date, with 50 scientists (including ones from 23AndMe) contributing data.

After creating one of the world's biggest genetic data banks, 23AndMe had to stop offering health-related reports tracks last November. That's when the Food and Drug Administration warned that they were doing medical testing without its approval or the oversight of doctors. The company has to prove the tests will inflict no harm. Until then, it's only offering ancestry-related genetic reports and uninterpreted raw genetic data.

I've wondered whether I'd want our family's genetic report. Although Max's cerebral palsy comes from a stroke at birth, there is a growing body of evidence that the majority of cases of CP may be caused by genetic abnormalities. Yes, I'd like to know our chances of getting heart disease and Type 2 diabetes, which can be preventable through lifestyle changes, but I would not want to know about diseases for which there is no cure. My father had Parkinson's, and I am at increased risk (though not as much as if I had multiple family members who had the disease). It would do me no good to get a more specific risk factor—I would live in dread.

For children like Bertrand, advanced genetic testing and sequencing offer hope. So does the social media community, as the Mights' story also shows. There's much comfort and inspiration in this space, but also the possibility of changing the course of medical history—and saving children's lives. 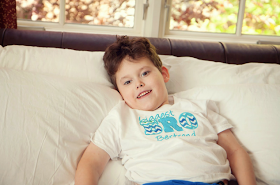