Max's speaks his best sentence ever 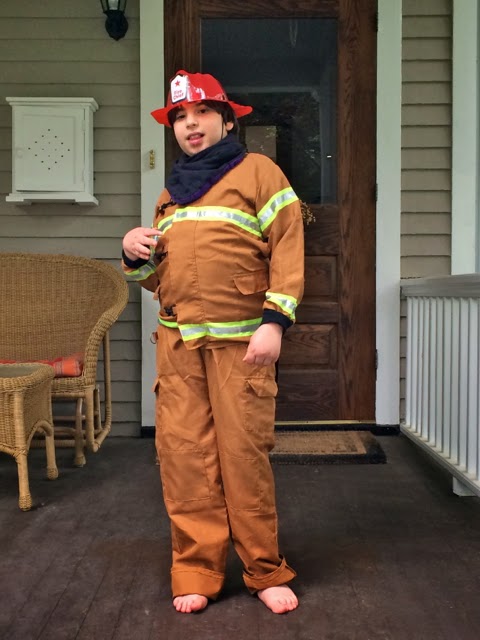 Max has been speaking in sentences for some time now. It's not always easy to understand what he's saying, so he'll use his speech app to make himself clear. But there's one sentence he's been articulating again and again lately that is amazingly intelligible, and it gives me major hope for his speech.

As tiring as it is to keep repeating "Yes, you want to be a fireman when you grow up! And you will live in the firehouse!" it's looking like the fireman obsession could be really beneficial, far more so than his Lightning McQueen phase. The wonderful OT who sees Max at home, Cristy, got him this fireman outfit to help him work on dressing skills (and she also put his obsession to good use during a recent therapy session). I've shamelessly used his fireman fascination to persuade him to do stuff.


But The Sentence is the best thing of all: "I want to be a fireman when I grow up." Never have I heard Max say anything so comprehensible on his own, outside of speech therapy sessions. When he really focuses on enunciation, he does a lot better. It also helps that he's repeated the phrase a bazillion times. I think there's something else going on here, too: So intensely does he want people to know of his fireman aspirations, that he is determined to make himself heard.