We're not just our kids' parents—we are their publicists 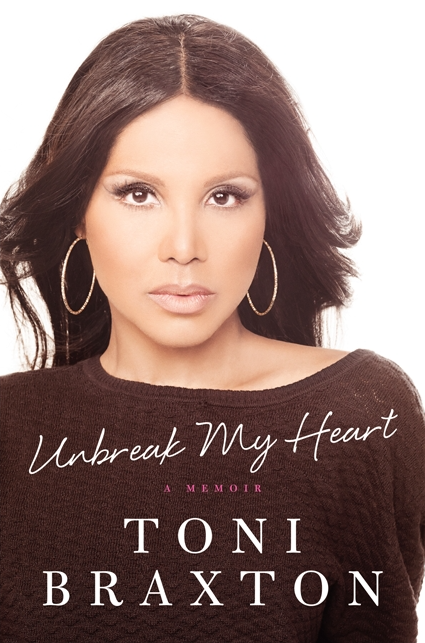 This isn't another post about Toni Braxton and how she once believed autism is a punishment from God, because we sure don't need to hear any more on it. OK, OK, it is about that, but it's really about something much bigger: all of our children, and how we can help others see them for the great kids that they are.

Braxton's memoir, Unbreak My Heart, just came out. Raised in a deeply religious household, she had an abortion that left her guilt-ridden. She went on to have two sons; her youngest, Diezel, has autism. She wrote, "My initial rage was followed by another strong emotion: guilt. Is God punishing me for that abortion? That's the question that ran through my head the moment I heard the diagnosis." Soon after, she mentions again, "I have sometimes wondered whether God was punishing me or the abortion I had years ago by allowing my son to have autism...."

I had a visceral reaction to the endless news items that centered around these sentences, and the perpetuation of the idea that autism is a bad thing. Something to dread. A curse. Those beliefs aren't just relegated to autism; I've had similar reactions to Max, who has cerebral palsy.

Autism Daddy wrote an excellent post about the media's handling of this and people's reactions, raising many valid points. As he said, "The great autobiographies really get into how the person felt during important moments in her life. Her son's autism diagnosis is one of those moments. And from what I read she attempted to write about it openly and honestly." On Facebook, commenters noted that Braxton deserved acceptance from the autism community, not bashing. People pointed out that she was sharing very real feelings about grief and guilt over a child's special needs.

The anger, sadness and bewilderment she mentions in the book about Diezel's diagnosis at age three are emotions many of us can relate to. I went through them all in Max's early days. I did not know about kids with special needs, and of course I did not know my beautiful Max. But as he grew and I came to see the abilities, I did know. He's 11, same age as Diezel. I look at him and see a great kid, not a kid with disabilities.

This is one reason I started this blog: I want people who, like pre-Max me had never had any experience with disability, to see his awesome-ness. To understand that even if he moves, talks and thinks differently, different is not a divide and that in many ways he is like other kids. To understand that he does not need pity, just respect...and a chance.

So I place no blame, ever, for airing grief. I have no doubt that publicists were pushing the "autism is a punishment" angle. But then, we are our kids' publicists. If you say that you once believed autism is a curse, then you damn better well make it clear how and why you came to realize it is not. Braxton never does.

Braxton cares about the cause; she's an international spokesperson for Autism Speaks, as she mentions in the book. And she does talk about Diezel's progress in the last chapter:

Both my sons are great students—and Diezel has made so much social and academic progress that he's now considered high functioning. In fact, if you didn't know he'd ever been diagnosed with autism, you probably wouldn't figure it out. That's because he has been in such intense therapy for so many years—and when it comes to intervention, early diagnosis makes all the difference. He excels in math, but like many autistic children, he has to work harder at reading. Texting on the phone has helped him tremendously. If he misspells a word, the phone automatically corrects it—and that reminds him how to spell it. The first few years ager he was diagnosed, he was also surrounded by what autism advocates call "typical peers"—meaning that he was in a school where not everyone was autistic. And did I mention that he's now at a regular private school? I'm one of the lucky parents: my son's early diagnosis and extensive therapy changed everything.

Although she writes positively, she doesn't say much that dispels the awful belief she raised about children with autism being a punishment. The perception that fuels the small-minded and the ignorant, and colors the perception of people who don't know much about special needs. In fact, there's an underlying message that she escaped an unlucky situation of having a lower-functioning child with autism.

There is plenty of coverage in Unbreak My Heart about Braxton's career, bankruptcy, relationship and lupus. My Kindle copy has three and a half pages devoted to her nose job and breast implants. She couldn't have spent more time discussing her experiences with autism—the frustrations along with the revelations, how she grew into special needs parenthood and moved past her original wrongheaded belief? Couldn't she have better shown a mother's love for a child with autism who turned out not to be a punishment?

Even just a few more proud-mama sentiments would have been great. Like the kind she posted on Instagram in April, Autism Awareness Month, noting "Words can't express how proud I am of my son, he's The President of Awesome!!!" 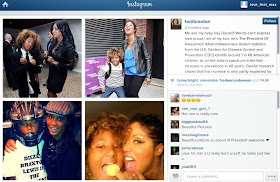 And on Diezel's 10th birthday, she posted on Twitter that "He's growing into such a respectable young man! So proud of him :)"

In the end, for me, it all comes down to Max, Diezel and kids like them. And I believe this: Parents of children with autism, cerebral palsy, Down syndrome and other special needs have an obligation to help people better understand and accept our kids. Especially if you are a celebrity and you are writing a memoir. Perhaps it seems like I'm being unnecessarily harsh here, but I do hold Braxton to a higher standard. There aren't all that many stars who have kids with special needs. When they speak out about them, the media jumps on it and suddenly a whole lot of people are paying attention. You have your platform; use it to really help our kids. Braxton wasted her chance.

I am not saying that as parents, we need to haul around a psychic soapbox to be whipped out at every opportunity. I'm not saying we should all strive to, say, launch awareness campaigns at school for our kids' disabilities or feel badly for not lobbying on Capitol Hill. And yes, sometimes you just want to shout at that mom on the street glaring at your kid, screw awareness, and OH YES we have plenty of gripes about special needs parenthood because a picnic, this isn't, and human, we are.

What I'm saying is, each one of us has the power to raise awareness about kids with special needs and their abilities in small, organic, everyday ways. And we should do whatever feels right and comfortable. We can answer questions, help forge connections with other kids at the park or playground, post pictures on Facebook of our children doing their great things, show the lady at the dry cleaner's how our kid communicates with a speech app. We can make a difference in what we write and share in social media, or elsewhere. Toni Braxton can, too...especially now, while everyone is still watching.

We are our children's voices. We are their spokespeople. We are their publicists. We can help people in their lives better understand what they're about—and in doing so, make our kids' world a more welcoming place.