Does this child seem exploited to you? 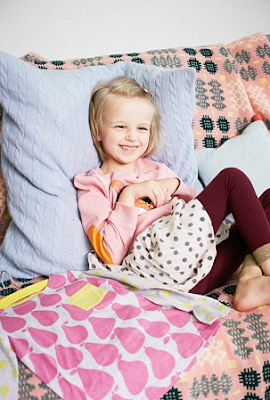 This is Holly Greenlow, 7, a new model for the British Boden online catalog. According to her profile on the site, the funniest person she knows is her mom. If she ruled the world, she would play all the time. 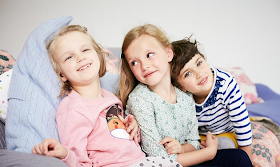 The silliest thing she's ever done, she said, was take a bath with clothes on.

Holly has cerebral palsy. Which shouldn't be the reason she's headline material but is, given that children with disabilities are still relatively rare in ads (although it's happening a lot more than it used to). Holly's mom took her to an open casting call Boden held earlier this year.

Over in the comments section of Daily Mail's article about Holly, most of the comments were of the "What a beautiful little girl!" variety. Someone wrote, "Sorry, but I'm profoundly uneasy with all this, since it looks to me to be exploitative of people's complex mixture of guilt and sentimentality vis-a-vis the disabled. I'm all too aware of the amorality of the advertising industry in these areas, alas. These guys stop at nothing."

I can see why cynics would think that. There is still a huge "awww" factor for kids with CP and other special needs. Thing is, companies regularly tout products by hiring gorgeous kids, so featuring a gorgeous child with CP in an ad should be no more outrageous than featuring any child. By hiring Holly, I'd say they are helping to bust stereotypes of kids with CP.

More telling is the way newspaper articles describe her: She's "brave" because she has cerebral palsy. She stars in the new campaign "despite being able to walk or talk." Another paper's headline proclaimed "Cerebral palsy sufferer lands Boden campaign." Said one commenter, "Does she look like she's suffering?"

Holly is a beautiful girl who happens to have CP.

End of story. A great beginning for Holly! 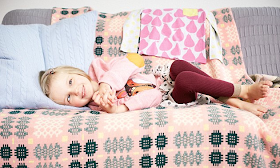 Images: All photos of Holly Greenlow for Mini Boden by Geoff Robinson appear in the catalog