What strengths has special needs parenting given you? 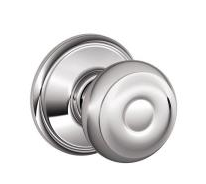 We bought our home 11 years ago, when I was pregnant with Max. We actually found out I was pregnant and that our offer on the house had been accepted on the same day—our instant initiation into Real Adulthood, we joked. In the months before Max was born, Dave and I fixed up as much as we could figuring we'd have neither time nor money to do much once we became parents.

The house didn't need anything major—painting, more lighting, new window treatments, little stuff. One day, I got it into my head that I needed to change some doorknobs that were old. Not antique-fab old, just old. I unscrewed the knob on our bedroom door and sat there with the new brass one, trying to figure out how to install it. I read the directions. I fiddled with it, and fiddled some more. I must have tried for a good half hour before I gave up and saved the task for a handyman who was doing odd jobs for us.

Cut to this weekend, when I decided to change the doorknobs in our recently-painted kitchen from gold to silver. Cheap enough, in the scheme of decorating projects. And there was no question, I was going to do it myself. First, I slowly removed the old one, noting exactly how the parts were positioned. I assessed the new pieces, then attempted to install them without reading the directions since they're usually more confusing than they are clear.

The first knob took a bit, mostly because I put it on backward. But it didn't take that long for me to figure it out and in less than an hour's time, I replaced five knobs. This, I suspect, will not earn me my own show on HGTV. But it was a milestone of sorts, because it made me aware of how parenting—and in particular parenting Max—has changed the way I approach challenges.

I don't think they've made doorknobs any easier to install in recent years. I haven't read Doorknobs for Dummies. I think what's happened is that being Max's mom has made me more methodical about solving problems. Instead of rushing through, I assessed how the knob worked. When I did it wrong, I didn't get frustrated; I had patience to keep at it. I didn't go in expecting that I would be able to do the job quickly, and so I didn't care much how long it took—I just hoped it would get done. And when I succeeded, I felt damn proud.

The kids were not impressed.

"Hey, guys, notice anything new in the kitchen?" I asked.

They looked around, shook their heads. "I changed the doorknobs!" I announced.

"Oh," said Sabrina, and went back to her Rainbow Loom. Max didn't even bother to pick up his head again from his iPad.

I wasn't fazed; my doorknob win was major to me. And if you ever visit, I'm quite sure you will be duly impressed.

So, what special strengths has special needs parenting given you?