The shocking lack of cerebral palsy research: Moms speak out 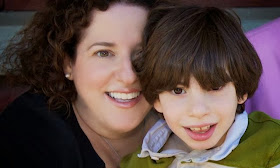 Today is World Cerebral Palsy Day 2013 , a great thing for the attention it will bring CP and the ideas people will share for bettering the lives of people with CP. There's just one other thing a day like this needs: a call for more research dedicated to cerebral palsy. Because there is an alarming lack of it.

Cerebral palsy is not a priority for research funding

Cerebral palsy is the most common motor disability in children; a study in this month's Developmental Medicine & Child Neurology journal says it affects about 3 of every 1000 kids, a rate unchanged from the 2008 stats of the Centers for Disease Control and Prevention (CDC). CP is an umbrella term for a group of movement disorders. Some people might just have trouble using one hand, others might have tightness ("spasticity") in all four limbs.

There is no known cure for CP. Not much is known about the cause although one recent investigation by the National Institute of Neurological Disorders and Stroke found the top risk factors that contribute to cerebral palsy are birth defects and/or poor fetal growth, which beat out loss of oxygen and infection.

CP affects 800,000 people in the U.S., and some 3,000,000 families. And yet, there is no dedicated federal funding for researching cerebral palsy—including treatments and ways to prevent it. As stats on Reaching for the Stars show, the National Institutes of Health devoted up to four times more funding for research and surveillance of muscular dystrophy, multiple sclerosis and Parkinson's, conditions that affect half as many people as those with CP. For every funding dollar spent on children, seven were spent on the elderly.

Even population studies about cerebral palsy are tacked onto ones about autism, as is the case with the new CDC study that also tracked autism in children with CP (it co-occurs at a rate of 6.9 percent). This isn't a gripe about all the funding for autism research (about 1 in every 88 kids is on the autism spectrum, per the CDC). This is a wake-up call for those of us who have kids with cerebral palsy.

Max's neurologist has had wonderful suggestions over the years, including giving him an Omega-3 supplement to boost brain development (we use Coromega). Four years ago, Max got a stem cell infusion. We're not exactly sure if and how it has helped, but we were thrilled we got the opportunity to try it because there are so few treatments available for kids with cerebral palsy.

What parents have to say 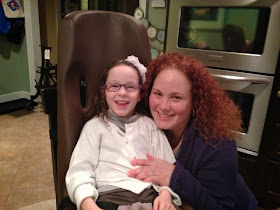 "My daughter has cerebral palsy. Despite the happiness she exudes, Maya openly shares her frustrations about her daily challenges with us. She wants to use the bathroom by herself, brush her own hair, dress herself, drink from an open cup, sit on the floor without falling. Recently she shared with us that someday she hopes to walk even if just for part of the day. She is eager to help herself make these advances. Unfortunately, the current therapy protocols will not help her meet many of her goals. None of the current available treatments for CP are estimated to provide more than an average 4 to 10 percent gain for the individual, per Iona Novak, Head of Research at CP Alliance Australia. In Maya’s lifetime, parents of kids with CP as well as adults with CP should have the opportunity to choose therapies or interventions that will provide meaningful change in mobility and quality of life."—Michele Shusterman, CP Daily Living; mom to Maya, 6, who has cerebral palsy

“These days, a diagnosis of cerebral palsy is pretty much like having the medical community shrug their shoulders. They know what it is, and can alleviate some of the symptoms, but there's definitely an attitude of 'There's nothing we can do.' My son is smart and sassy, but his body just won't comply. If he makes even a small gain in therapy, he uses it to the best of his advantage. Imagine what he could do if if we were able to actually improve his condition.”—Katy Monnot of Bird on the Street; mom to Charlie, 6, who has cerebral palsy 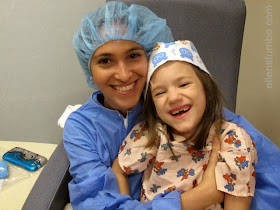 "Last year, my daughter participated in the Preemie Growth Project, which was about replenishing minerals necessary for a healthy brain. The research looked promising based on the results of the children participating in the study. The woman behind the project tried relentlessly to get the attention of medical professionals and researchers, yet even with the results, nobody seemed willing to listen. Eventually we stopped participating for a couple of reasons: the cost, and the lack of support from professionals. And the project was working; slowly we saw our daughter with cerebral palsy improve, as if her body was "waking up." Just a few days ago my daughter was described as a "superstar" by her team at Mayo clinic. She is determined to walk, to move, to live!  But what a difference it would make if someone was willing to fund research, to give her a try outside of putting her under the knife to lengthen one more muscle."—Ellen Stumbo of These Broken Vases; mom to Nina, 7, who has cerebral palsy 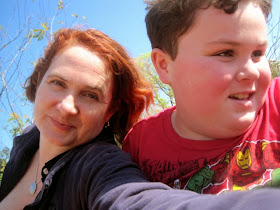 "The current surge in autism research is heartening; I'm grateful so many people want to help autistic people like my son Leo. But we have to remember that all kids with disabilities deserve that same attention, deserve that same research funding, deserve to live the best lives possible."—Shannon Des Roches Rosa of Thinking Person's Guide to Autism and Squidalicious; mom to Leo, 12, who has autism 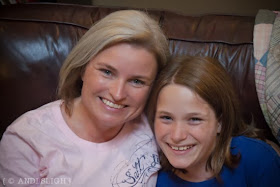 "It's disappointing to see so little interest in researching the causes and possible treatments for cerebral palsy. Most of the available treatments focus on the symptoms, but orthopedic procedures can't fix circuits that are misfiring in the brain. I'm a former electric power engineer, and I know that propping up a pole won't get the power back on if the wire is lying on the ground! Discovering what makes the brain work and how to help it repair itself has implications way beyond the cerebral palsy community, as well."—Andi Sligh of Bringing the Sunshine; mom to Sarah Kate, 10, who has cerebral palsy 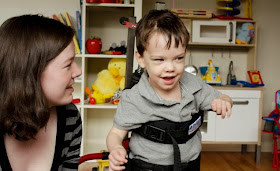 "With an adult who has a stroke, say, it's easy to imagine the function they had and the function they could have again with proper treatment and care. But with a child, it's much easier to brush it off as: 'They were born that way, so that's the way they'll always be.' Parents of kids with CP have very little time and money to address this issue on a national scale. Instead, many of us are paying thousands, if not tens of thousands, every year to do what medical science refuses to: find treatments that work."—Shasta Kearns Moore of Outrageous Fortune; mom to Malachi, 3, who has cerebral palsy


So, what can parents of kids with cerebral palsy do?

• When family or friends ask where they can make donations, or you want to make one, choose nonprofits that advocate for funding of cerebral palsy research including Cerebral Palsy International Research Foundation, Reaching for the Stars and Let's Cure CP. Important FYI: United Cerebral Palsy National is now focused on the needs and civil rights of the disability community at large, not just CP—and has no formal commitment to funding medical research for it. (Michele Shusterman started a petition months ago to get UCP to remove the "CP" from its name, as some local affiliates have already done.)

• Register your child for the Cerebral Palsy Research Registry, a multi-institutional effort whose mission is to improve understanding of cerebral palsy. The secure database can be used to connect interested families with researchers studying CP, and as a data tool.


• Write your senators and representatives (find their contact info here) and urge them to advocate for more federal funding of cerebral palsy research at the National Institutes of Health and the Centers for Disease Control ad Prevention.

• Consider joining the National Institute of Neurological Disorders and Stroke Patient Advisory Core. The group is the process of developing ideas and building a database. Among other goals, it hopes to pair patients and researchers, and also advocate for the importance of clinical research. Contact: jamie.roberts@nih.gov

Why you shouldn't pity my child with cerebral palsy