The death of Robert Ethan Saylor: Why it matters to all of us 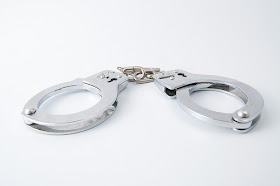 Among the worries special needs parents have about the future, kids having a brush with the law usually isn't one of them. For me, that changed with the death of Robert Ethan Saylor, a 26-year-old man with Down syndrome—and when, last week, a grand jury in Maryland opted not to bring criminal charges against the police deputies involved. Suddenly, even as the Down syndrome community exploded with outrage, it became painfully clear just how unprotected and defenseless people with special needs can be. 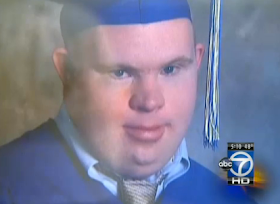 Saylor, as it's now well known, was at a movie theater with an aide on January 13. He wanted to see Zero Dark Thirty again; she went to get the car. When theater staffers told him to leave he refused and soon, three police deputies showed up. When he resisted their attempts to remove him, they handcuffed him on his stomach on the ground. He quickly went into distress and died of asphyxiation. By several accounts, he'd called out for his mother.

A report ruled that Down syndrome and obesity made Saylor more susceptible to breathing problems. Once his death was deemed a homicide, parents of children with Down syndrome started calling the sheriff's office, expressing concern. Advocacy groups spoke out. After the deputies were not charged with a crime, the National Down Syndrome Society met with the U.S. Justice Department of Justice. The press release issued spoke of the necessity for first-responder training guidelines for individuals with Down syndrome. It did not mention the need for an independent investigation into why an innocent man died.

There is a Change.org petition you can sign demanding justice for Robert Saylor. You can speak your mind on the National Down Syndrome Society Facebook page. Meriah of With A Little Moxie shares form letters you can send to the U.S. Department of Justice and Attorney General of Maryland demanding an investigation.

If you're the parent of a kid with special needs, or an individual with them, you're aware of the terrifying possibilities: A person with autism might unintentionally seem suspicious or oppositional when, in fact, he is just afraid or unable to communicate. A person with cerebral palsy might not be able to respond to authorities in a clear way; handcuffing him could cause serious pain and even injury. Max's arms are typically so stiff he can't even turn them so they face upward, let alone put them behind his back. A person with Down syndrome—one of significant size, as Robert Saylor was—might become anxious and act out in response.

No matter what diagnosis your child has, this should raise alarm bells. Because an innocent man with special needs died, because justice is turning its back on the case and because the very people whose job it is to keep Americans safe seemingly don't know how to protect the most vulnerable among us.

Sign the petition. Speak out. Help ensure that Robert Ethan Saylor's homicide is investigated—and that he did not die in vain.