Does he have autism? 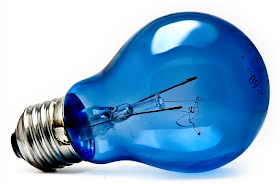 "If you don't mind my asking, does he have autism?" people will say, looking at Max—if we're at a mall in a play area, if we're at a party and mingling with new people. "He has cerebral palsy, but he can definitely pass for a kid with autism!" I'll answer. "Thing is, you can't tell much just by looking."

Whenever this happens, it makes me very aware of the stereotypes about children with autism. Max happens to fit some of them. If he were in a wheelchair, people would more readily realize he had cerebral palsy because that's a stereotype of having CP.


I totally get why people want to label Max. It makes them feel more comfortable to have a handle on what's up with him; there's a pervasive discomfort in our society with those who are different. I am not blaming, not at all—until I had a kid with special needs, I only felt pity for them.

But here's the thing about labels: They whitewash the uniqueness of the child. When people figure that Max has autism because he looks or acts a certain way, or when people think that kids with autism are like Dustin Hoffman in Rain Man, they presume to know what our children are like—which does our kids a major disservice. That's where we, their parents, come in.

Today is World Autism Awareness Day, dedicated to raising awareness and funding. The disorder has become increasingly prevalent—1 in every 50 kids has an autism spectrum disorder, according to the latest stats released by the Centers for Disease Control. (In case you're wondering, approximately 1 in 303 kids in the U.S. has cerebral palsy, and one in every 691 babies is born with Down syndrome.) A sea of blue will wash over the world: The Empire State Building, the Sydney Opera House and the Pyramids of Giza will all be bathed in blue light (Everyone Matters posted an awesome 2012 compilation video on Facebook). Homes and stores will shine blue. World Autism Awareness Day flags will fly.

Even as parents out there open people's eyes and hold fundraisers throughout the month, there's one key part of awareness all of us can promote, throughout the year: Help people understand that kids with special needs are distinct individuals with definitive preferences, likes and dislikes. You know, like any kids. Help dismantle the stereotypes that accompany the labels. Help people see the ability in disability.

Our kids may have autism, cerebral palsy or any number of other diagnoses. But ultimately, their special needs do not define who they are. Our kids kick butt. And, as their mamas, so do we. Let's keep right on spreading the word, today and every day.

Image: Flickr/techfun
Ellen Seidman at 6:40 AM