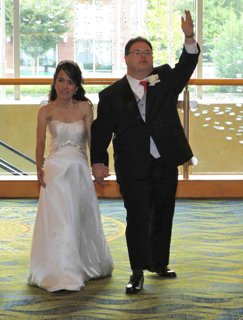 Reading about couples with disabilities who marry makes me happy, because I get a rush of hope for Max's romantic future. I can already tell he's going to be a ladies' man by the way he flirts with the waitress at the local diner who serves him mac 'n cheese. Although maybe it's the mac 'n cheese. Either way, I have dreams of Max someday finding happiness in love, as he's found happiness in so much in life. (And hopefully she'll know how to make great mac 'n cheese.)

These are a few great love stories about couples with disabilities I've read around the web. Check them out, and have some tissues handy. 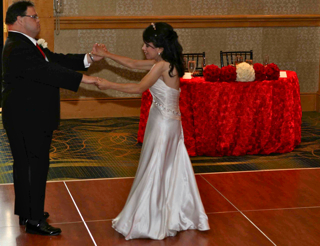 Bill Ott, 38, and Shelley Belgard, 36, met at a local social club in Maryland when he was 12 and she was 15. He has Down syndrome and she has intellectual disability, as Ellen McCarthy tells it in her beautiful article for The Washington Post. "I didn't know what love was until I met her," Bill said. He took Shelley to his junior and senior prom, then they lost touch after high school. They reconnected when both signed up for a Caribbean cruise for people with disabilities. They married in September; for their first dance, they chose At Last. 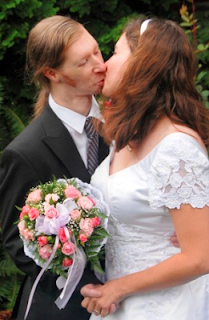 As kids, Lindsey and Nick played together on a Little League Challengers team for kids with special needs; Lindsey has intellectual disability, Nick has Dubowitz syndrome, a rare genetic disorder. They started going out in 2005. "She is a caring, sweet young woman," her mother says. "She once told me, 'Mom, I don't want the same things out of life as you do. I just want to be loved.'" Last spring, Lindsey texted Nick and asked if he'd marry her; they wed last October. "As parents, we hope Lindsey and Nick will keep each other company," Linda wrote on her blog, Out One Ear. "Together, we hope they gain confidence, make wiser (and more independent) 'couple' decisions.... And when all this parental support is gone, they will still have each other. We hope they grow old together." Linda's asking people to send the couple valentines—find out more about her effort here.

A couple with cerebral palsy wed in Israel. If you haven't yet seen the video, you want to. 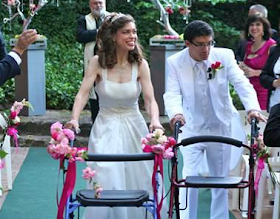 Nicole Brobeck, who has cerebral palsy, and Curtis Braxton, who has hydrocephalus and a seizure disorder, met at a living skills program in 2007 in Northern California. "I love Nicole because she's so happy and she doesn't let her disability get to her, get her down," he told Today. They got engaged last Valentine's Day, and planned to marry in May. After Nicole's dad died, however, her mother had major medical bills and not much money for a wedding. An organization that was going to throw them a wedding backed out. Then a florist spotted the couple shopping for centerpieces and roped in friends in the wedding industry, and they gave the couple a fabulous wedding. The bride wore a white satin gown decked out with lace, pearls and crystals—and matching white sneakers with lace and rhinestones. Said her mom, "There is no disabled love. There is only true love. And they have it." 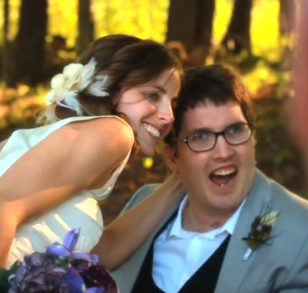 And this, a seemingly different kind of story—yet at its heart, it's also about true love. Larissa and Ian Murphy had been dating for 10 months when he suffered a traumatic brain injury in a car accident. She never stopped loving him; they married in August 2010. As she writes, "Marrying Ian meant that I was signing on to things that I don't think I ever would've chosen for myself—working my whole life, having a husband who can't be left alone, managing his caregivers, remembering to get the oil changed, advocating for medical care, balancing checkbooks, and on.... But in light of all the practicals, and emotionals, it was so very simple: We love each other. And we love God."