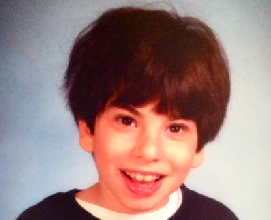 I got the memo: Picture Day was coming up at Max's school. At least two emails were sent, and a flyer. I prepaid for a photo package.

Picture Day arrived. Problem was, I didn't remember till five days after it happened. And by then, I had no idea what Max had been wearing. Was it one of his nice shirts with a collar or an old one with permanent stains? A sports shirt with some random number on it? One of those t-shirts with a meaningless phrase like "Joe's Fuel Station"?

I'd only know once I got the pictures. Sigh.

I'm not stricken by mom guilt very often. I've never felt bad about working, even when Max was a baby and getting a whole lot of therapy; I needed the distraction of work, and I also enjoy what I do for a living. I'd get a stab of guilt if I missed out on a school event, though I've usually been able to attend them and volunteer for class trips.

I do have occasional guilt flare-ups about whether I'm doing enough for Max, but that comes with the gig of being a special needs mom. I could quit my job; go to school to become a speech therapist, occupational therapist and physical therapist (with music therapy as a minor!); buy him all the educational books and toys in the world; and basically devote every spare minute of my life to him, and I would still not feel that I was doing enough. And so, I have learned to mostly be content with what I can do.

The guilt took me by surprise. Picture Day only happens once a year; how could I forget? Max—who's looking extra-handsome lately—could potentially be memorialized for all posterity in something shoddy. He might be the eyesore in the class photo among a group of neatly dressed kids, the one whose parent clearly didn't have her act together. I carry the kids' school photos in my wallet; was I going to be haunted by my mess-up every time I went to pay for something? (Although Sabrina regularly rearranges my wallet photos to make sure hers is on top.)

Then Max came home from school with the photos. And, yes, it just so happens he was wearing a t-shirt that day, and it was awesome: Max is definitely the most monster force I've ever known.


I couldn't have chosen a better shirt if I'd tried. 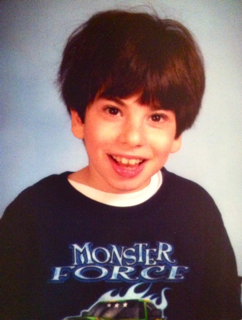