What you can learn from one mom's special needs school victory 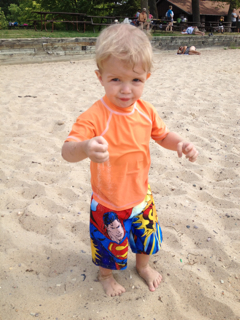 The lovely Maya, who blogs over at Musings of a Marfan Mom, is a mom of two. She has Marfan syndrome, a connective tissue disorder, as does her 20-month-old son, J. Her 3-year-old boy, M, has autism. Maya has a masters in public health, volunteers with the National Marfan Foundation, and does a lot of patient advocacy work. Here, she shares her experience with filing a complaint with the state about her county's early intervention services—and how she won.

When we moved out of state in January of this year, I brushed up on the proper way to transfer IEPs and IFSPs. I contacted M’s new school district and our new county’s early intervention program to let them know we were on our way, faxed our updated documents, and then followed up.

When it came to transferring J’s IFSP, one of two things should have happened. 1) The county should have decided to adopt the IFSP from our previous state, or 2) the the county should have completed new assessments and convened a meeting to create a new IFSP within 45 days. Neither happened. Although J had documented delays in nearly every area of development, he was not receiving the services he needed and was entitled to.

My first step was to send a polite but firm email to our team. I explained my understanding of the law and that I needed an explanation of why my son was not receiving services. When they would’t respond via email, I agreed to an in person meeting, where I took notes. None of the responses I received were satisfactory, so I began to look online for an advocate. I called a lawyer, who directed me to a state organization dedicated to educating children with special needs. They, in turn, referred me to legal aid for people with disabilities (who provide services for free).

A lawyer there agreed to help us. I wrote up a synopsis of our complaint and sent her relevant emails from the early intervention team. (I keep an email folder for each of my sons to better organize correspondence from therapists, teachers, and doctors. Nothing is deleted.) We decided the next step was for the lawyer to make some phone calls on our behalf. When nothing changed, we were advised we had to decide whether to attempt a mediation or file a formal complaint.

Now, each state may have a slightly different process, but where we live both of these options went through the state department of public health, as they oversee early intervention services. A mediation would have meant sitting down at a table with our county’s staff and representation for both of us, then coming to a compromise about J’s services. However, by this point we’d been in talks with the county for weeks. My husband and I felt if compromise had been possible it would have already happened. We opted to file the formal complaint. This meant I wrote a detailed description of our grievances and why we felt J’s rights were being violated. Our lawyer helped us cite the proper legal codes. Then, we submitted all of our evidence (emails, some medical records) to the state’s investigative team. A few weeks later investigators came to interview my husband and I for a couple of hours; they also met with our early intervention team separately. The investigators had a certain amount of time to make a ruling, and if they ruled in our favor their report would outline the reparations that the county must make.

Interestingly, over the course of the investigation we learned there were other issues that we hadn’t even realized, so I was particularly glad that we chose this method for addressing our grievances. Neither my husband nor I wanted it to escalate to this point, but we felt we had no other options and no one was going to advocate for our son if not us.

In the end, the state substantiated every one of our allegations! I understand this to be rare, and I believe the preparation we put into the process played a big role. I was grateful that my son would now be getting the services he so clearly needed. That said, the process took nearly 7 months from the time we were first assigned a case manager to the state’s ruling...time that my toddler isn’t going to get back.

I sincerely hope that none of you need to go through the formal complaint process, but if you find yourself in that situation, here are some closing tips:

• Most states provide a book for parents on their rights, so if you’re starting the process you can inquire about getting one. We got a book through the first agency we contacted.
• Make sure you’ve been documenting everything. Always try to communicate via email instead of over the phone so that you have a record of exactly what was said. When this isn’t possible, be sure to take detailed notes.
• If you’re not already, write every meeting date in a calendar. You’ll want to include exact dates when filing a complaint.
• As much as possible, leave emotion out of it. State the facts and your understanding of situations, but keep it at that. The state doesn’t care if you dislike your case manager because he’s rude; they care if your case manager isn’t following the law.
• Consult with a lawyer. Every state has some sort of legal aid office and since they’re free, I’d start there. In addition to providing me with legal citations, our lawyer looked over our final complaint and suggested a few edits to it, to make sure we were including all of the information the state typically looks for.

If you have further questions, feel free to contact me at marfmom @ gmail.com 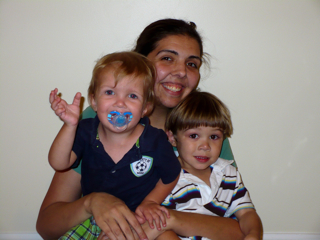