T-shirts that slam kids with special needs: another disability WTF 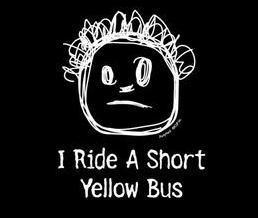 This super-offensive, super-demeaning t-shirt is not from one of those sites that specializes in offensiveness. It's being sold online by Hastings, a multimedia entertainment store with 146 locations around the country; a mom of a child with special needs in Montana found it in her store. "We were able to have it pulled from shelves locally," she wrote to me on Facebook, "but since it is a national chain, we feel this might be a concern for all special needs parents and it might be in other stores."

Max rides a "short bus." Not once has he ever considered this to be shameful, or something to be ridiculed. Actually, he loves that mini yellow bus. Hastings powers-that-be, can you imagine how this t-shirt would make my child feel if he understood what it meant? And can you consider what sort of message you are spreading about children with special needs when you sell t-shirts like this?

FOR THE LOVE OF HUMANITY AND DECENCY I ASK:

• Who came up with the idea for this t-shirt in the first place?
• Who printed this t-shirt?
• Who from Hastings gave the green-light to purchase these t-shirts?
• Has any staffer or manager spoken up?
• Who the heck thinks this is actually even funny?

The t-shirt page says the shirt was released back in March of 2011. I have faith that once this comes to Hastings' attention, they will take it down online and remove it from stores.  RIGHT, HASTINGS?

Other reputable online companies have similarly offensive t-shirts, too, like this one on Zazzle (actually, they have 8 pages of shirts involving the word "retard"): 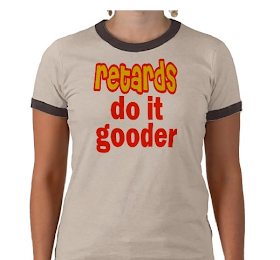 You can get "retard" mugs, buttons and bumper stickers, too (conversely, Zazzle also has a great selection of shirts that raise awareness about our kids). If you want to get really riled up, hit some of the sites that only sell crude, obscene and offensive shirts like Foul Mouth Shirts. I won't even mention what some of those shirts say. 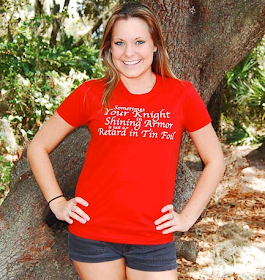 If you'd like to get in touch with Hastings, speak your mind on the shirt's product page. Here's a link to Zazzle's Facebook page. You can also tweet @GoHastings and @Zazzle.

Oh, and if you are new here and don't completely get why the word retard is offensive, watch this.

To me, the biggest question of all is: How is it possible for people to have such perverted mindsets against kids with special needs? How can you think making fun of them in this way is funny? That, I just don't understand—and you don't have to be a parent of a kid with special needs to wonder that.

9/26/2012 UPDATE: GoHastings has taken down the image of the t-shirt. No response from Zazzle.

1/14/2013 UPDATE: The above Zazzle t-shirt is no longer on the site, along with the many others that used to exist. While there is still a page titled "Retards T-shirts & Shirts," there appear to only be two shirts left using that word and no searchable mugs, buttons or bumper stickers with it. That's still two t-shirts too many, but an improvement.
Ellen Seidman at 5:22 PM