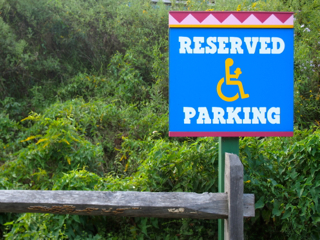 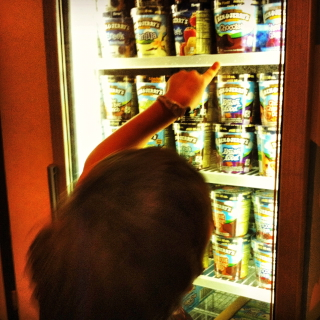 Max showing us exactly what to buy at the store. 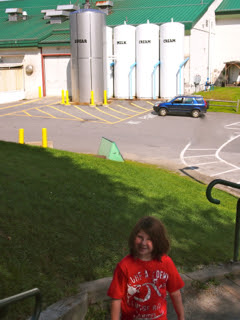 So it would have been criminal not to stop by the Ben & Jerry's Factory in Waterbury, Vermont. 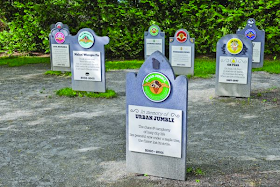 First we checked out the flavor graveyard, where you could pay your respects to now-defunct flavors.

I thought both kids would get a kick out of the factory tour, but I knew I'd have to figure out a way to coax Max in since crowds aren't his thing. The tours leave about every 30 minutes and last as long, $4 per adult and kids under 12 are free. We waited outside; I knew Max was going to get antsy if we went in. I grabbed a staffer who was walking by. "Do you mind if I pay you for the tickets here?" I asked. "My son has some sensory issues and we want to stay with him here and help him chill before the tour starts." She smiled at the kids. "Wait here," she said. She came back with tickets for us; when I went to pay her, she said "That's OK," and walked away. 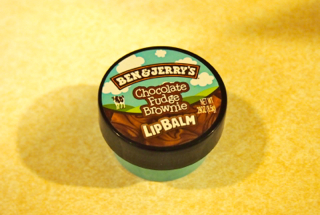 It was the Chocolate Fudge Brownie lip balm that lured Max in; I bought it for him in the gift shop, and dabbed it on his lips as we started the tour.

First, there's a quick film about the history of Ben & Jerry's; Max stood outside the little theater. Then we headed to an overview of the factory floor, where you could see the machines and staffers in action. (We were not allowed to take photographs, lest there were any Haagen-Dazs spies among us.)

Max had to be coaxed in there but then he was mesmerized. He was particularly amused when ice-cream being squirted into cartons accidentally spilled onto the floor and had to be sucked up with a giant vacuum (no worries, it gets made into cow feed).

After the tour, we got samples—just a teeny cupful. So we headed over to the Scoop Shop. Sabrina's into Americone Dream (vanilla with caramel and pieces of fudge-covered waffle cone). I tried Coconut Seven Layer Bar (a kind you can only get in ice-cream stores) and, well, whoa. Dave likes their new Banana Greek Frozen Yogurt with Peanut Buttery Swirls, both because it is tasty and he has convinced himself that he's making himself healthier by eating it. 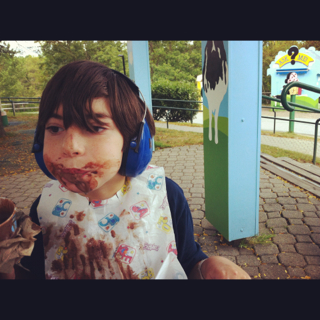 Max had very little room for dinner that night. 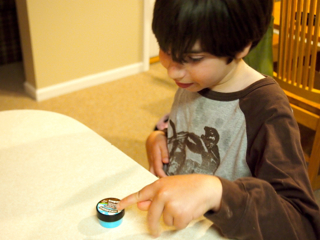 Here's my favorite Max chocolate ice-cream video, taken three years ago when we were at Duke University getting Max the stem cell transplant.