What should replace the term mental retardation? Take your pick 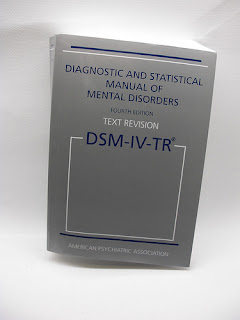 OK, first, let's agree: It would be so lovely if labels to describe our kids didn't exist. But the terms aren't going away. Next! What's the best way to describe those with cognitive impairment? Plenty of people still use the term "mentally retarded," including medical professionals and even parents of kids with special needs. After my video Would You Call My Child A Retard? came out, I got into arguments with parents who insisted that "mentally retarded" is the correct terminology because, after all, their children are "mentally retarded."

There's a reason the U.S. government has stricken the term from federal laws, and that the country's largest national organization advocating for people with intellectual disabilities, the ARC, morphed from Association for Retarded Citizens to The Arc: For People with intellectual and developmental disabilities. As the site explains, "As the words 'retardation' and 'retarded' became pejorative, derogatory and demeaning in usage, the organization changed its name.

Now the fifth edition of the Diagnostic and Statistic Manual of Mental Disorders (world's catchiest title!) is in the works, and a group of experts are pushing for the term "mental retardation" to change to "intellectual developmental disorder." Meanwhile, The Arc and the American Association on Intellectual and Developmental Disability are against it; they'd prefer "intellectual disability," the term the government and many others are going with.

To me, "intellectual developmental disorder" sounds vague—and not something that would seemingly apply to an adult. Also not a fan of "disorder." So of the two, I prefer "intellectual disability." But I so wish there wasn't a "dis" in either one of them. Wouldn't it be great if there were some term that emphasized our kids' abilities? I sometimes like to say that Max has special powers, but that won't be making it into a manual anytime soon. I've always loved "differently abled." Also not a clinical term, to be sure—but definitely an empowering one.

How about you: Which term do you prefer?

Image/lwtclearningcommons
Ellen Seidman at 6:40 AM