7 things you didn't know about a special needs dad 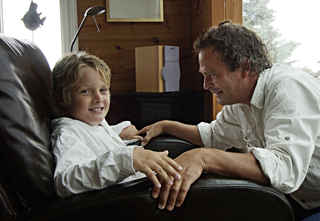 This guest post is by Halfdan W. Freihow, a father of four whose youngest, Gabriel, has autism. The family lives on an island in southern Norway. Halfdan's memoir Somewhere Over The Sea: A Father's Letter To His Autistic Son is out this month; Publisher's Weekly called it "poetic." 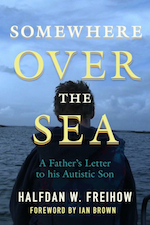 Honest, confessional and loving, the book is not afraid to go there: Freihow ponders Gabriel's differences from other kids, his sense of isolation as a dad and his grief, along with the triumphs and highs of parenting a child with autism. The author's worked as a publisher, reporter, translator and literary critic—but he's one very accomplished, inspiring dad.

1. Learn to let go
My wife and I have three other children, all of them older than Gabriel, so I know a few things about kids growing up and suddenly having grown out of reach. They remain loved and loving sons and daughters, but they go on to live their own lives, no longer in need of what we like to think of as our indispensable parental guidance. With Gabriel the transition seems so much more intangible. Yes, he’s eighteen and legally of age, but … you know, he’s still Gabriel. For so long I’ve conditioned myself to think of him as infinitely more vulnerable and in need of his parents’ help and advice than his siblings, that I somehow resist the thought of letting him go, of him venturing out into the world unaided. Even if I know that he has to, and probably is better prepared for it than I’m willing to admit.

2. Sometimes you just have to say "What the hell"
One of the greatest and most pleasantly surprising byproducts of having a special needs child has for me undoubtedly been a gradual getting used to not caring so much. I am by nature a reasonably responsible man, eager to do things properly and orderly. But life with Gabriel has been everything but orderly. The unexpected and the (not always welcome) turbulent have been the rule rather than the exception. And still – it’s been fine! I’ve been taught that most of the things I used to require and expect don’t really matter much. They’re the icing on a cake that tastes just as good without it. I’m getting steadily better at not worrying, at thinking "what the hell" when things don’t go as planned, at simply being satisfied. 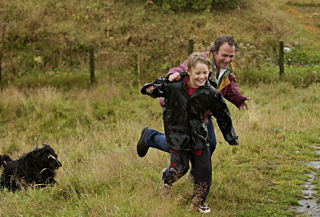 3. Honesty is an excellent policy
Gabriel is a really bad liar. He just can’t do it convincingly. Not because it worries him that would be doing something morally wrong, but because (I imagine) the world seems way too complicated for him as it is. If he were to put himself in a position where he needed to handle several versions of reality, he would probably collapse under their weight. Consequently, he doesn’t beat around the bush, but says it all straight out. It isn’t always easy to explain to strangers when he walks up to someone on the street, saying ‘Why don’t you eat a bit less, since you’re so fat?’ but it sure is liberating. The lesson I’ve learnt? That honesty and frankness doesn’t really hurt, not by far as much as all the insincerity that constantly surrounds and bombards us.

4. Not-normal is an amazing thing
Like most people around me, I grew up with the belief that mine was one of the most tolerant and open societies in the world. And relatively speaking, it probably is. But being Gabriel’s father has taught me how shallow that alleged tolerance is. Like, it’s OK to be different or make out of the ordinary choices, as long as they’re different or out of the ordinary in the way we’ve agreed to accept. It has really been quite shocking to discover that under that thin veneer of acceptable differentness, people’s capacity for tolerating social aberration (i.e. tolerating Gabriel’s unconventional behavior) is sadly poor. On the other hand, living with Gabriel’s special needs and ways has again taught me that there’s no need to worry when confronted with the abnormal, whether physically, mentally or culturally. I know now that it’s just another way of being normal. 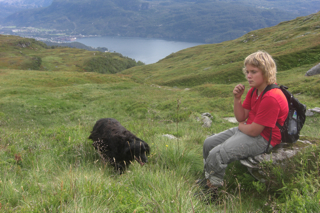 5. Ignore the anger
I am not a particularly aggressive person, and I don’t very easily or very often get angry. But with Gabriel I’ve seen my rage unleashed in ways that have startled me. Occasionally it has been directed at him, when sleeplessness and fatigue has worn me out and he picks the moment to create havoc at home. But that is rare. Far more frequently it has been directed at the others, those who make his difficult life even more difficult, if not unbearable, by their sheer unwillingness to make room for somebody whose behavior they consider unacceptable. Their selfishness and stupidity, really (I feel the anger rising just writing about it), because their idea of a perfect world is one where everybody is just like them.

6. Appreciate being a ladies’ man
Of all that has surprised me being Gabriel’s father, the most astounding has been the peculiar and (why not admit it) flattering attention I have attracted from women. Who would’ve thought? From the time when I went to the park with him in a baby carriage until today, when we might sit down for a drink together at a café, it has amazed me how women, once they realize that Gabriel has special needs, become visibly interested in me, if not outright flirtatious. As if my being so obviously a proud father of a special child made me, too, special and attractive. I never fail to report these encounters to my wife when I get home, for they remain the only occasions when she doesn’t draw more attention than me.

7. Savor the depths of love
But in the end it all comes down to love. My wife and my other children are a constant source of joy and love, but I would be lying if I claimed that there wasn’t something special with Gabriel also in this regard. Because of his needs and his social deficiencies, he has carved the well I draw my love from to depths I didn’t know existed. That is his true gift to me, the one that enables all the others to shine. While I would have done anything to spare him his troubles, I am sincerely convinced that life with Gabriel and all that sets him apart has made me a man better equipped to love and care for others than I would’ve been without him.

For all this, I am deeply grateful.

First and third images: © Earling Haegeland
Ellen Seidman at 6:50 AM