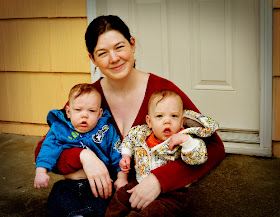 This guest post is from Shasta over at Outrageous Fortune; she's mom to identical twins Malachi and Jaden, who just turned 1 (so wish them a happy birthday). The boys were born 10 weeks early. Jaden escaped serious trauma; Malachi had a brain hemorrhage. Like Max, Malachi has cerebral palsy. Like Max, he is a fighter.

Shasta is an amazing mom and a writer who's not afraid to go there. Here's her list of reasons why she thinks her son's CP is a good thing:


1. I take no milestone for granted. When Malachi finally takes his first step or says "I love you, mommy," it's going to mean so much more to me now that I've had to seriously consider that he wouldn't ever be able to do those things. I can enjoy when he learns new things, instead of grumbling about how annoying those new skills are. 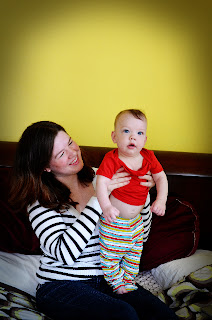 2. I have become acquainted much more quickly to the concept that my children will fail to meet my expectations... and in other ways wildly exceed them. This is no different than with typical children, just something I was forced to accept much sooner.

3. Malachi has a built-in way to feel special and unique. I don't mean this in the sense of "special needs," which, as a friend of mine said, feels like a cloying sugar-coating for what are really extra needs. But I do think that lots of kids and adults feel empty because they were never given something to own as being uniquely them. Strangers will notice Malachi and I'm sure there will be times when he can turn that to his advantage.

4. Malachi will also have a built-in way to feel part of a group. Already in my first year of this journey, I've found the disability community is tight-knit and full of many kind and interesting people. It takes some pretty rare circumstances to have cerebral palsy, so in that way he will be part of an exclusive club that gets to laugh at the rest of us.

5. I don't have to chase after two crawling, walking, running babies. First, let me get one thing straight: I absolutely hate it when anyone else makes the suggestion that it might be easier for me that Malachi is developmentally delayed. It's not. But in all honesty, I do have to admit that sometimes it is nice knowing I can still leave Malachi somewhere and he won't move or that I can leave something he can't have near him and he can't grab it. As they get older, it'll also be nice that I don't have to worry right away about how to cram two crawling babies into a single Superyard or that they will both run off in opposite directions.

6. Handicapped parking. Ahhh, handicapped parking. I firmly believe that every parent of new multiples should be allowed handicapped parking (in several states, they are). Before I had it, I would have to find a space wide enough or else squeeze myself and the baby carriers between cars on BOTH sides, haul the stroller out from the back, walk from this distant space to the store, most likely in the rain, and then wrestle all this back in again after picking up the one thing I needed. Other parents can just grab their baby, but with two by yourself, you have to have the stroller. So, even though Malachi's not old enough to even be expected to walk, I don't feel bad at all about capitalizing on his disability for a few extra months of awesome parking. Oh, and in case you think I got my permit through dishonest means, let me note that under Oregon's very vague definition of "disabled" for parking, any baby would qualify. (Also, I rarely use it if there is only one space available or at high-traffic areas, like grocery stores.)

7. I don't have to worry about typical identical twin issues, like that people will mix them up or think they are the same person because they look the same. This often makes me very sad that my identical twins won't get the full Identical Twin Package: tricking people into thinking they are the other one, having people ask them stupid questions like, "How do you tell which one is you?," and having strangers label them cool things like "the sports-y one" and "the science-y one" instead of "the normal one" and "the disabled one." But then I read a post on my twins group forum from all these parents fretting about their kids having identity issues and worrying whether or not to tell them things like which one is "oldest" for fear they will get a complex. I just had to laugh. We have much bigger fish to fry.

8. Malachi's therapies have given me a much greater awareness of my own body, as well as sharpened my Mommy Kung Fu skills. For example, I now know I can pull on Jaden's leg to keep him from rolling over during diaper changes and I can tell from the way his body leans which direction he's liable to snatch something from. I'm also more aware of my own body's position in space, which has helped me resolve some long-standing back pain.

9. His abnormal muscle tone makes him categorically cuter than the average baby. Typical babies at Malachi's age are already on the move and wanting to support their own weight when you hold them. Malachi still loves to relax against you and mold his body to yours, resulting in utter adorableness like this: 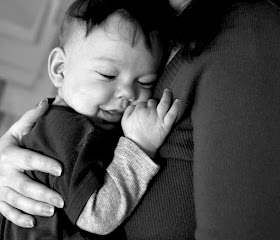 He also smiles big and wide all the time, often with a big open mouth that says just how happy he is to see you. The degree to which his mouth is open definitely seems abnormal, but what's so bad about huge smiles? Nothin', that's what.

10. He and the rest of our family will forever see the world differently. Having a unique perspective on the world can be an extraordinary asset, whether it be in the labor force or the marketplace of ideas or simply as a good friend. Malachi will have to work harder because of his difference, but that will help him develop compassion and character.

I know this, because his disability has already helped develop it in me. 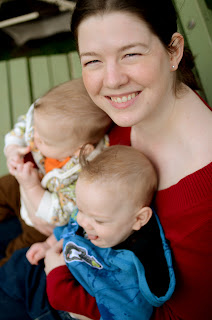