Raising kids with special needs and talking about "different" 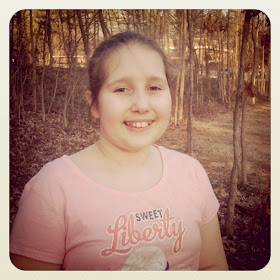 This guest post is from Jenna, who blogs at Resonance. She is a mom of four young kids, a ball of energy, and an advocate for kids with special needs.

My daughter mentioned to me recently that a boy in her class wears an insulin pump. She saw the cord leading from under his shirt into his pocket, and she decided to ask him about it. He took the pump out of his pocket to explain how it worked, showed her that it is the same size as a cell phone, and that it had cool features like a clock. She thanked him for showing it to her and explaining how it worked. I'm glad my daughter had the courage and interest to ask her classmate about his insulin pump. I'm also glad that that her classmate was willing to patiently educate another student about his diabetes.

"He's different, like me. He has diabetes and I have Aspergers," she remarked to me after telling the story.

"Everyone is different like you," I replied. "And everyone is afraid of not being accepted because they are different. How do you think this boy feels, being different from the other kids and wearing an insulin pump?”

She said, "He probably felt scared sometimes that other kids would find out and make fun of him. Nick Jonas from the Jonas Brothers wears an insulin pump too, but he isn't scared of people laughing at him or not wanting to be his friend because he's famous."

I don't have to know Nick Jones or this 5th grade boy to know that they worry about being accepted more often than they would probably like to admit.

I asked her, "How do you think Beth feels, being the only student in school who uses a wheelchair?"

She replied, "Beth is probably scared that people won't be her friend because she can't do the same things they can. She has a secret, too. When people come home to play with her, she said they see when her dad has to carry her up the stairs. And when she doesn't use her chair, she has to scoot around on the floor like a baby because her legs don't work."

That is a big burden for a little girl to carry. And she has shared that burden with my daughter.

"Just because he has diabetes and Beth is in a wheelchair, they aren't any different than you," I reminded her. "They have parents and brother and sisters, they have chores and neighborhood friends, and they feel scared and sad sometimes too. The only difference is that they need help to manage their special needs, and it makes them stand out a little bit from other people."

I decided this might be a good time to talk about bullies and invisible disabilities too.

"There are other people in your school who have special needs and secret hurts that you don't even know about," I told her. "They are invisible disabilities. I have a friend whose father used to hit him when he got in trouble, not just spank him or ground him. He was a really nice boy if you got to know him, but he didn't let very many people be his friend because he didn't want them to know what his life was like and how much he hurt all the time. He wore women's foundation to cover bruises, and made up excuses for things he couldn't hide with the makeup.

"Keeping his secret showed me that you just never know what kind of pain people are hiding. Some of those people with secret hurts turn out to be bullies, because they hurt so much that they can't help from wanting to make other people hurt too.

"Do you remember when I used to take my 'happy mommy medicine'"?

I told her, "I took happy mommy medicine and went to see a counselor because I was depressed. I had secret hurts that I didn't tell anyone about, and the pain I had in my heart made me either not want to spend time with anybody, or lash out and be so mean that I couldn't help it. I was being a bully to my kids, and I needed help to stop.

"I have friends who are moms and dads who have secret hurts too. I have friends who struggle with chronic pain from their diseases called fibromyalgia and lupus, where they have pain in their joints and are really tired all the time, but you can't see any special need from the outside. I have friends who take medicine for depression like I used to. I have a friend who lives with a back injury, and no pain medicine he takes is strong enough to make all the pain go away. Feeling that pain every single day all the time without a break makes him feel sad and angry sometimes."

I said, "It's important to remember every day with everyone you meet that all kids and all adults have feelings. Some people are insecure about parts of their body, or how their brain works differently from other people, or how they have big feelings that are hard to keep control of. Everyone has something they hide because they are afraid people won't like them if they knew. Everyone is afraid of judgment and rejection. And everyone wants to feel like they are good enough just the way they are."

I was grateful to have had the chance to talk to her about these things that I see, and how I try to treat people. I hope she hears and understands that the kindest thing you can do for others is to give them the gift of acceptance and compassion, because everyone is different just like you.
Ellen Seidman at 10:30 PM