Two kinds of milestones, all kinds of amazing 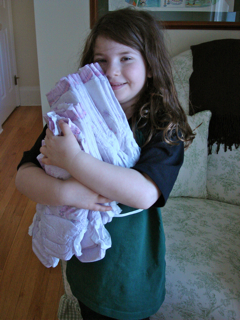 Sabrina walked into my bedroom this morning with an armful of Pull-Ups and announced that she was done wearing them at night.

"Are you sure?" I asked. When we were at the doctor a few weeks ago for her annual checkup, I'd asked if it was OK that she was still wearing them, given that she's almost 6, and he basically said whatever worked was cool.

"Yes!" Sabrina said, emphatically. "I'm not wearing them anymore." She's like me in that way: Once she sets her mind to something, she does it.

I'm happy, and excited to stop shelling out money for her diapers, but I'm kind of melancholy about this, too; it's the end of a phase in her life. Max, meanwhile, is still in Pull-Ups for the unforeseeable future. When he gets out of them, we will be having a major celebration—I am talking diaper-burning party. OK, just one diaper will be burned, and then we will donate the rest to a local shelter, like I'm planning to do with Sabrina's extras.

Sabrina's milestones have come upon us fast and unexpectedly; one day she was pulling to stand and the next week, she took her next steps. One day she was babbling away in that baby language that sounds like she's speaking perfect Swahili and the next, words came. One day she decided to dress herself. One day she brushed her teeth by herself. One day, she made her bed (although, sadly, that's not a habit). These milestones delight with their unannounced arrival and the speed at which they descend upon us. We're thrilled, yet we take them for granted.

Max's milestones have been wholly different. Most of them have happened after serious effort on his part, his therapists' and ours. They're victories, each and every one, doubly wondrous because there was no guarantee he'd achieve them. And the milestones that spring up without any doing, like when he recently started rhyming? Those seem downright miraculous.

That's the mix of milestones we experience in our family. And they're all pretty amazing.

What sort of milestones (or mini-stones) have you been seeing lately? 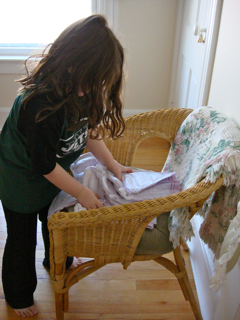