Millions of people have special needs—so why do I sometimes feel so alone? 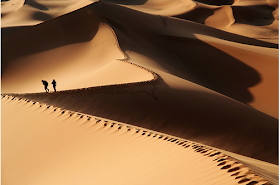 I took a bus the other day, the first time in awhile. The train in New York is a lot faster, but the bus is more relaxing (well, as relaxing as transportation in New York can be). I got on, paid the fare, glanced at the "Won't you please give this seat to the elderly or disabled?" signs on the front seats, which always make me picture Max riding the bus someday.

A guy in a wheelchair was waiting at a stop, and the bus driver lowered the bus so he could wheel himself on. I wasn't watching him; I was watching the reactions of everyone else on the bus, who either outright stared, averted their eyes or seemed to look mildly annoyed at the time this was taking.

I felt a certain bond with this man in the wheelchair. Me, the mom of a kid with disabilities; him, an adult with disabilities; both of us making our way through life as best we can, though obviously our challenges are very different. I counted the number of people on the bus: 54. I wondered whether any of them had disabilities or kids or relatives with disabilities. It's something I find myself doing on occasion when I'm in a crowd, like at a concert in an arena or a show in a theater. You just wonder.

The stats say that more than 4.7 million children in the U.S. under age 18 have "activity limitations," an estimated 6.7 percent of all children in this country.

The stats say an estimated one in 4000 children have strokes sometime around birth (which is what happened to Max).

The stats say that the number of children with autism or an autism spectrum disorder is 1 in 100.

The stats say Down syndrome occurs in approximately one out of every 800 live births in the U.S. (3400 babies a year) and that the number of people with Down Syndrome in the U.S. is 400,000.

So many kids and adults with special needs, so many parents out there with kids who have special needs. And yet, sometimes you feel so alone in this journey. Of course, I have friends to talk things through with. I've found amazing company in the blogosphere and other online outlets. I have parents at Max's school to connect with. I have great resources, great doctors, great therapists.

But sometimes, it's just you and a guy in a wheelchair riding the bus, alone against the world.