I get a little irrational about head injuries 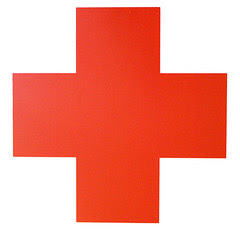 Tonight, I was hanging in bed with Max and Sabrina, reading books. It was twilight and rainy outside, and it was so nice to cuddle up with them and read the Olivia Forms A Band book Sabrina had gotten at the library. Then Max decided he wanted to look out the window. Sabrina ran to the other side of the bed; she wanted to help him down. And suddenly, before I could stop her, she grabbed his legs and pulled him off the bed. Max body-slammed onto the floor. It all happened so fast.

I shrieked and ran over to Max, who was sobbing. Sabrina started sobbing, too, because I scared the heck out of her.

Max cried for a good five minutes. Once he stopped, I peered into his eyes to see if his pupils were enlarged, a sign of a concussion. They seemed normal. I asked him to point to where it hurt, and when he gestured at his head I felt a little sick. Sabrina kept sobbing, and I also felt awful about having freaked her out. As I held Max I explained that I shouted because I got scared that Max was hurt, and that I knew it wasn't her fault and that Max was OK, and she calmed down. "Max, you're OK, you're OK," I crooned as I rocked him back and forth, fervently hoping that he really was.

After I put them to bed, I looked up The Mayo Clinic's list of concussion symptoms. I felt comforted seeing them, even though I know them well. I have called the pediatrician several times over the years when Max has fallen and hit his head. Ironically, he's tended to fall more often than typical kids because of his brain injury. Since his balance is pretty decent these days it's not as much of an issue but when he was learning to walk, he'd conk his head a lot. At one point, we had him wearing a helmet.

I got a little distracted because the Mayo Clinic site lists slurred speech as a symptom and I was like, um, that is what Max sounds like all the time. But then I scrolled down and they had the specific symptoms for head injury in children: listlessness, irritability, change in eating or sleeping patterns, loss of balance. So far, Max is OK. He went to sleep with his usual cheerful demeanor, although I keep checking on him.

I am still feeling shaky. Dave is away on business, so it's me and the kids. I just downed ten mini Toblerone chocolates in a row, straight-up stress eating.

I am not a person who typically freaks out during crises, and this I know because I have had to deal with two different seizures Max had, the first a gigantic grand mal when he was one-and-a-half that lasted even after he got to the hospital and the medicine they gave wasn't strong enough, the second a smaller one last spring. Both times I immediately dialed 911, told the dispatcher what was going on and Max's history, talked with the police when they got to the house a few minutes later. I handled it OK, though it was awful.

But tonight, the sight of my child potentially suffering a head injury unhinged me. Completely. It was as if, in a matter of seconds, the repressed fears I have about Max came out of their hiding spots in my head and amassed themselves in my chest into a ball of terror. My concern about a head injury isn't irrational—but the intense reaction it triggers is. I have a feeling this isn't uncommon among parents who have been through an NICU trauma.

I am off to check on Max again, poor little guy.
Ellen Seidman at 10:10 PM